PPP in the line of fire

Z A Bhutto introduced democracy in Pakistan, empowered the poor and oppressed sections of our society, gave women their due rights and made Pakistan the first Islamic atomic power in the world, but was mercilessly put to death by a dictator through a judicially orchestrated murder.

Benazir Bhutto knocked at the door of every court from Karachi to Peshawar, but did not get any justice. She remained a victim of dictatorship and the apathy of the Pakistani courts from the lowest tier to the apex level. The Pakistan People’s Party (PPP), its leadership and its workers have been the worst victims of both dictatorship and the prejudice of the courts.

The democratically elected prime minister (PM) of Pakistan, Syed Yousaf Raza Gilani was thrown out of office. Democracy suffered dishonour and the sentiments of those who had voted for the PPP were badly hurt. In the history of Pakistan, once again an attempt was made to destabilise the PPP. Syed Yousaf Raza Gilani’s only crime was that he resisted the court’s order of writing a letter to the Swiss courts regarding the president of Pakistan. It is wrong to say that PM Gilani declined to write this letter. In fact, he turned down this order against the president of Pakistan who is the Supreme Commander of Pakistan’s armed forces. Syed Yousaf Raza Gilani, as a democratic prime minister of Pakistan, had well realised that it was not only against the national and international laws as well as against the prestige of Pakistan to write to a mere magistrate of another country to open cases against its president. Thus following his charismatic predecessors, Z A Bhutto and Benazir Bhutto, Mr Gilani preferred to be sacrificed rather than to ruin and wound the constitution and be known as its destroyer.

Today, Syed Yousaf Raza Gilani is a champion in the court of the public even if he was overpowered by the judiciary. World history is rich with such examples, but history remembers them as victorious.

Not only this, while two legislators of the PPP, Ms Farahnaz Ispahani and Abdul Rehman Malik were disqualified by the Supreme Court (SC) of Pakistan in the dual nationality case. Ms Farahnaz Ispahani was the first parliamentarian whose membership of the National Assembly was suspended. Here, the SC of Pakistan needed neither a commission nor time to study the case and did not need to consult parliament. Instead, the SC proceeded to order the collection of data of all parliamentarians and if anyone belonging to parties other than the PPP has dual nationality, would justice be delivered in the same manner? Ms Ispahani has a historical family background, whose grandfather Abol Hassan Ispahani was not only among the creators of Pakistan but had also supported the Pakistan movement, and later contributed in strengthening a nascent Pakistan financially. Whenever, for the movement for Pakistan, Quaid-e-Azam M A Jinnah needed financial support, the first name on his lips was that of Abol Hassan Ispahani. A nation who maltreats its great founders and benefactors seldom touches the peak of success.

Rehman Malik, who was born in Pakistan, has served the country on very esteemed posts and has bravely fought terrorists. For his relentless services for the well-being of Pakistan and his fight against terrorism, the government awarded him with the highest civil awards of Sitara-e-Shujaat (gallantry) and Nishan-e-Imtiaz. His disqualification is like refusing to recognise his services even though he put his life in danger for making Pakistan a peaceful country.

None can challenge both leaders’ honesty, love and loyalty for Pakistan and their services, but they are disqualified only because they belong to the PPP?

Nowhere in the constitution is it written that the SC can disqualify members of parliament, because it is the duty of parliament, executive and the election commission to look into the qualification of a member.

One by one, if every leader and worker of the PPP is victimised in such a way, it will definitely create a rift between the institutions. We applaud the leader of the PPP, President Asif Ali Zardari, for restraining his party’s workers from any kind of agitation against the courts after the judgment in the PM’s contempt case. Recent history is witness to the event when the workers and leadership of the Pakistan Muslim League-Nawaz, led by Nawaz Sharif as prime minister, not only battered the judges but physically attacked the building of the SC, just because he was called to appear before the SC.

None of the PPP’s leaders hitherto has ever received justice from the Pakistani courts — from the hanging of its founder, Z A Bhutto, to the overthrow of Mr Gilani. The present leader and co-chairperson of the PPP remained in jail for more than a decade, but the Pakistani judiciary did not give him due justice. Today, when he is the constitutional democratic president of Pakistan, why is the SC so keen to make him answerable in the court of a magistrate of another country? Why in our malice for Mr Zardari and the PPP, do we become so biased and intolerant that we are willing to even violate Article 248 of the constitution and mortify our country and nation before the world? Why could not this judiciary finish these cases in 10 years when Mr Zardari was in jail, when we were being ruled by a dictator and the former was not the president of Pakistan? Why today can the judiciary not wait to open the cases after Mr Zardari is no more the president? Defeated in the judicial courts, the leadership of the PPP always wins in the court of the people.

Today, from Parachinar to Karachi and from Gilgit-Baltistan to Balochistan, millions of hearts beat for the PPP and its leadership. Dictators like Ziaul Haq and Musharraf and their establishment, fully supported by the judiciary, could not uproot the PPP from the hearts of the poor oppressed people of Pakistan. The more it is victimised, the more it is loved. Let us all together strengthen democracy and work within the parameters laid down by the constitution.

The writer is a political analyst and expert on FATA affairs. He can be reached at analystoori@gmail.com and he tweets at @RiazToori 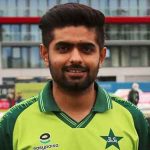 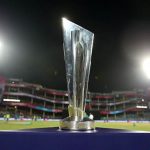 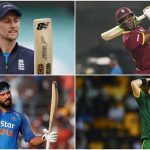 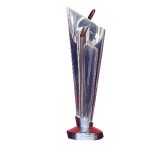