* 'She is home and feeling much better,' Tori wrote on her Instagram Story 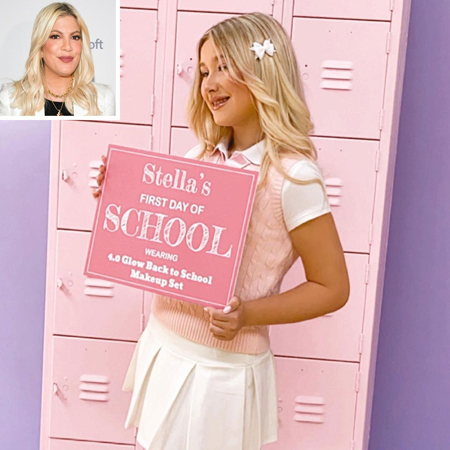 Tori Spelling’s daughter is back home after suffering a medical scare. On Jan. 13, the 90210 alum provided an update on the health of her and Dean McDermott’s daughter Stella, 14, and the ailment that recently landed her in the hospital.

“She is home and feeling much better,” Tori wrote on her Instagram Story. “At the ER she was diagnosed with a Hemiplegic Migraine.”

Tori went on to explain that a hemiplegic migraine is “a condition that affects one side of the body” that can come with some alarming side effects. “Signs of a hemiplegic migraine attack are similar to what would be presented in a stroke,” she continued, “that typically includes sudden severe headaches on one side of the brain, weakness and numbness on one half of the body.”

Reflecting on the diagnosis, the 49-year-old-who also shares kids Liam, 15, Hattie, 11, Finn, 10, and Beau, 5, with her husband-noted that she was not familiar with hemiplegic migraines prior to her daughter’s experience.

“It can be terrifying if you don’t know what’s happening or about this type of Migraine,” she wrote. “As a migraine sufferer my entire life I had no idea about this.”

The update on Stella’s emergency room visit comes after Tori shared a photo of the 14-year-old in a hospital bed to her Jan. 11 Instagram Stories with the caption “The hits just keep coming.”

Tori had herself suffered a health scare recently. In December, the actress was hospitalized after having a “hard time breathing.”

“Here I am in hospital since last night,” the 49-year-old wrote on her Instagram Stories at the time. “To all of you who gas lit me when you were told I too sick to work, well here I am.”

Tori described her symptoms as being “low on oxygen,” while having high blood pressure and “crazy dizziness.”

In addition, the star shared that same month that Beau was ill again after being sick for quite some time. “Poor guy was out three weeks’ sick from school. Finally got him well and back in school all last week and boom now sick again!” Tori wrote on December 11, per People. “High fevers and so stuffy.”