What principles guide photojournalists and what does it mean to be fair and accurate and clear in capturing images? And more importantly, what images are published and why? Everyone knows a picture is worth a thousand words. But sometimes, especially in journalism, a picture can be worth much, much more. This added value is not always positive. Pictures can inflict lasting pain on victims of grief and tragedy. The ethical dilemmas newspaper photographers face when capturing such traumatic incidents on film reflects the lack of professional guidelines available to them. At the same time it is important to consider the ethics of photojournalism from a television news perspective. On the basis of a participant observation study conducted at two private television channels, it is suggested that while most of the television news photographers who were observed and interviewed expressed strong ethical beliefs and values, those same individuals admitted they often acted in contradiction to many of their personal ethical beliefs. Their actions in carrying out their work and their revelations on the structure of their ethical beliefs indicate they face a dilemma in balancing values. They must deal with the often contradictory values of competition, careerism, journalistic norms, peer pressure, technology, and management and organisational expectations.

Formal journalism ethics, as laid out in codes of ethics by journalism associations and the like, is part of a wider debate on media ethics due to the strong influence of mass media in this politically sensitive region. When journalism codes from Europe and the Islamic world are compared in order to revisit widespread academic assumption, a deep divide between western and oriental philosophies of journalism on political communication is seen in the area. The analysis shows that there is a broad intercultural consensus that standards of truth and objectivity should be central values of journalism. But the norms protecting the private sphere are, in fact, more pronounced in the countries of the Near and Middle East, North Africa, and in the majority of Muslim states in Asia than is generally the case in Europe. Although the weighing of privacy protection against the public’s right to information is today a component of most journalistic codes of behaviour in Islamic countries, obvious differences between the west and many Islamic countries are to be found in the status accorded to freedom of expression. Where ideas of freedom have entered formal media ethics in Pakistan and the Islamic world, the majority would have journalists accept political, national, religious or cultural boundaries to their work and only a minority of documents limits the interference with freedom to cases where other fundamental rights (e.g. privacy) are touched. Despite existing differences between western and Middle Eastern or Muslim journalism ethics and in contrast to the overall Islamist trends in societal norms, formal journalism ethics has been a sphere of growing universalisation throughout the last few decades. News photographers are increasingly involved in selling the news at anyone’s expense. Exploiting grief for a profit, camera crews are becoming increasingly brazen, entering not only the funeral home, but the casket as well, crashing through the walls of privacy that have traditionally and morally protected the right of all individuals to grieve in the privacy of their own emotions. Depictions of tragedy per se are contentious, but depictions of grieving survivors are even more so. A limited but increasing amount of discussion of photographing grief is found in professional literature, but media codes fail to make specific recommendations relative to the problem. I think that if corrective measures are not taken within the industry, the courts may soon redefine the nature of privacy law, interpreting such photos of grief as violations of ordinary decency. The problem should be addressed while it is still an ethical rather than a legal issue.

Images have an ever-increasing power to shape public sentiment and therefore public policy. This makes the role of photojournalism very important in the modern world. A moral dilemma stems from the digital manipulation of magazine ads to render models thinner. Exposure to the ‘thin ideal’ has been linked to such damaging psychological responses as body dissatisfaction, loss of self-esteem, and ultimately to disordered eating behaviours. However, the artistic freedom of photo editors is a cherished value that conflicts with the concern for public health. Analysis reveal that, although aware of the prevalence of digital editing, readers disapprove of its use in rendering models thinner, and judge it to be unethical and unfair. In an analysis of 47 US journalism ethics codes that consider violent and tragic images, there is agreement on what images are problematic and a move toward green light considerations of ethical responsibilities. However, the special problems of violence and truth telling in wartime and issues of how to handle graphic images across media platforms receive virtually no attention. Findings also indicated the majority of the respondents support the use of graphic imagery and perceive that the context of news influences the selection of graphic photographs under certain circumstances. Respondents reported political sensitivity ranked higher for selecting graphic images of the Afghan War than for selecting graphic images of 9/11. Results also suggest significant but not meaningful differences on the influences of readers’ criticisms, taste, self-censorship, and personal ethics in the visual gate-keeping process.

Three problems present themselves to anyone who argues that hard-hitting photojournalism is important in the daily press. The first concerns the compromised nature of photography as a foundation for authentic eye-witness reports. Photography, even in its most realistic style, is no absolute guarantee or proof of events. The second problem derives from the poor state of the newspaper industry as a source of reliable public record. News has become more entertaining and trivial than concerned or controversial. The third problem relates to how effective hard-hitting documentary record might be, given that readers are supposed to be quickly bored by images of the suffering of unknown strangers. The argument stresses that photographs might be used in evidence. The press does not have to be trivial; shocking photographs are a measure of the press’s contribution to debate in a civilised society. What would it mean for everyday knowledge if images of horrible crimes ceased to circulate, or were never seen in the first place? What would it mean for civility if representations of crimes were always polite?

As the worlds of economics, politics, culture and communications face a growing wave of globalisation that will likely continue, ethical challenges for journalists have also gone global. I can see a clear division between ethics codes for media owners, the public and professional journalists that present a set of options and specific rules applicable only to the last group. I advocate a universal code of journalistic ethics and warn against dangers that have made the application of such codes difficult in the past. A universal code should consider the voluntary nature of such an endeavour, the cultural and economic differences in various journalistic traditions, and the problem of producing solutions acceptable to all involved. Dilemmas arising from the fact that news is a commercial product as well as a social product have been debated enough among groups. Existing codes of ethics are found to be insufficient and it is suggested that it is time for a new professional journalistic code and rules of enforcement to be formulated by the media themselves to prevent a further rise in violent pseudo-events.

The writer is a member of the Diplomate American Board of Medical Psychotherapists Dip.Soc Studies, member Int’l Association of Forensic Criminologists, associate professor Psychiatry and consultant Forensic Psychiatrist at the Huntercombe Group United Kingdom. He can be reached at [email protected] 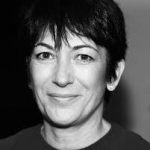 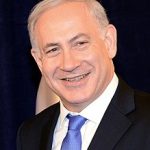 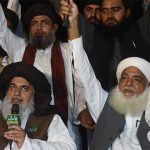 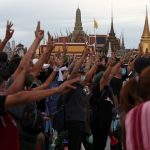 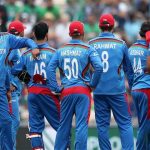 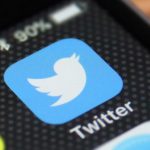