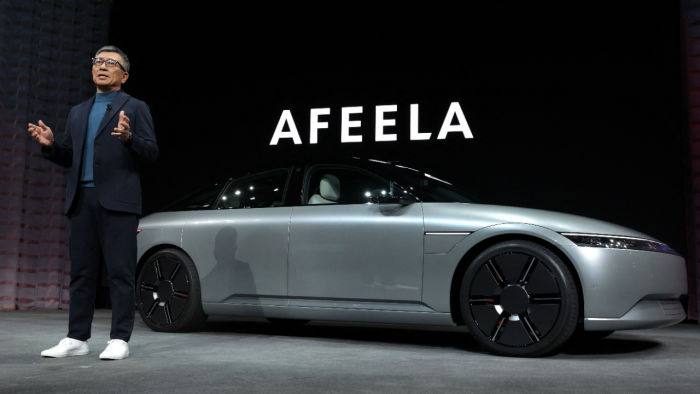 Japan’s Sony on Wednesday unveiled a prototype of the new “Afeela” electric vehicles it will build together with Honda, saying it would harness its vast entertainment content as it looks to become a player in next-generation cars.

Sony gave a glimpse of the Afeela, which sports rounded corners and a sleek black roof, at the CES 2023 technology trade show in Las Vegas. The car will use technology from hardware maker Qualcomm Inc, including its “Snapdragon” digital chassis.

Sony’s long-awaited push into electric vehicles – it announced the venture with Honda in March – shows how manufacturers are increasingly focused on the cockpit experience in cars, which offers the potential to sell content via subscription services cars, especially as autonomous driving capabilities improve.

“In order to realise intelligent mobility, continuous software updates and high-performance computing are required,” Yashuhide Mizuno, the chief executive of Sony Honda Mobility, told the trade show. “To that end, we will work closely with Qualcomm.”

Qualcomm on Wednesday launched a new processor, the Snapdragon Ride Flex SoC, that handles both assisted driving and cockpit functions, including entertainment. Previously those functions were handled on different chips, and bringing them together can help bring down costs, a Qualcomm executive told Reuters.

Sony is also looking to harness its traditional strengths in sensors. The Afeela will be equipped with more than 40 sensors, Mizuno said. The car will use the “Unreal Engine” 3-D creation tool from Epic Games, the maker of the “Fortnite” series of games.

For Honda, the venture with Sony may allow it to speed up what has so far been a slow shift to electric. It has also struggled over the years to make gains in the luxury vehicle market with its Acura brand. The new EV will be priced at a premium, the venture has said.

The venture between Sony Group Corp and Honda Motor Co Ltd aims to deliver its first electric vehicles by early 2026 in North America.

Shares of Sony were up 1.6% in Tokyo trade, while Honda shares were flat. The benchmark Nikkei 225 was little changed.