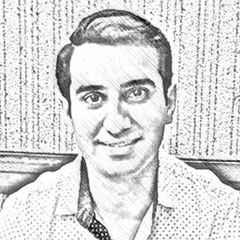 While the internet and connectivity are key concerns in the global cyberspace narrative, the lag in efforts by dominant Pakistani enterprises to shape local telecommunications has been daunting for a long time. Effective internet governance stands at the core of any thriving society, attributable to its ability to advance sustainable human development. Pakistan’s perpetual dismissive attitude toward connectivity has long hampered its ability to shape a conversant society, encouraging free thinking and the free flow of discourse.

Recently, however, the deteriorating circumstances of Pakistan’s communication sector appear to have stabilized since the task of expanding networks across all marginalized areas has been handed to the Universal Service Fund (USF), an initiative of the Ministry of Information Technology (MoITT), under the leadership and direction of its minister, Syed Aminul Haque. The mission of the USF is to “spread the benefits of the telecom revolution to all corners of Pakistan. [It] promotes the development of telecommunication services in unserved and underserved areas throughout the length and breadth of the country.” In the brief span of just four years, its mandate of disseminating the benefits of the telecom revolution in all corners of Pakistan has resulted in extraordinary feats. The USF, under its leadership, has contracted and concluded more than 80 projects, worth approximately Rs80 billion. Out of their targeted population of 40 million, 20 million people in small towns and remote districts have already been given access to high-speed mobile broadband.

Amongst most of the bureaucratic offices in Pakistan, such proficient work cultures remain nothing but mythical standards, unachievable due to stagnant, archaic, and abortive workplace dogmas which fail in extricating from its employees the best they have to offer.

Such accomplishments, amongst other significant factors, are reliant primarily on the organizational mechanics and operations of the USF department, introduced due to the forward-thinking of the IT minister himself, along with the progressive board led by the Secretary IT and the USF team. Under such stellar leadership, USF has deviated from the more conventional and generic running methods of other governmental offices.

Among its central workplace tenets are merit, excellence, and discipline, which are possibly the most unique practices expected from a bureaucratic office in this country. For its merit-based hiring, USF’s priority is the aptitude of its candidates, who possess sufficient theoretical and practical erudition. With core values such as diversity, integrity, growth, and innovation, those in authority at the MoITT and USF ensure that only the most highly qualified, proficient, and effective candidates are chosen for the job. In return, the Minister of IT and the USF CEO also strive to make this as alluring as possible for this governmental office to hire and retain such qualified personnel, by pushing towards the best employee practices prevalent in the private sector across the globe. Market competitive salaries, a tremendous work/life balance, provided through flexible work hours and free weekends, and innumerable employee benefits, such as sufficient leave allowance and the provision of adequate medical benefits across the employee chain from top to bottom, make for attractive features that invite competent persons to seek job opportunities with the USF. It is the smooth sailing of this department, that allows it to accomplish the tasks it has mandated and to bring to all corners of the country the connectivity it has long been divested of.

Acclamation is also due to the legal department of the MoITT, which has worked tirelessly towards updating and amending the legal side of cyberspace, connectivity, and telecommunication in Pakistan with the same zeal and swiftness as the infrastructural side. Without the unwavering efforts of the legal team at MoITT, measures to ensure that statutes such as data protection laws, social media rules, computer emergency response team rules, and many others in the pipeline were overseen were not possible.

Amongst most of the bureaucratic offices in Pakistan, such proficient work cultures remain nothing but mythical standards, unachievable due to stagnant, archaic, and abortive workplace dogmas which fail in extricating from its employees the best they have to offer. Undeserving and uninspired workers in all mainstream government offices have left this country in shambles. It is high time that these nepotistic workplaces revolutionize their codes and adopt better initiatives, instead of under-working or overworking their staff. Taking a leaf from the MoITT and USF’s books, this can be achieved with strict merit-based hiring, along with fostering a healthy work environment through flexible scheduling, applying managerial best practices, offering a creative incentive, market competitive salaries, deadline adherence, meeting set goals and agendas, and training sessions across the employee chain. Acceptance of new ideas and relinquishing the current primaeval practices is the only way to ensure a Pakistan that stands the test of time.

The writer holds LLM in Business Law from UC Berkeley. He can be reached at mohsin.saleemullah@berkeley.edu. Twitter: @MohsinSaleemu