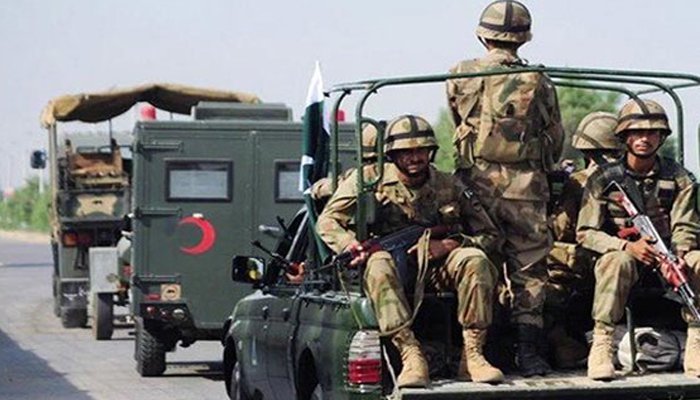 A terrorist was killed and a soldier martyred during an exchange of fire between terrorists and security forces during an intelligence-based operation (IBO) conducted in Sambaza area of Zhob, Balochistan.

According to the Inter-Services Public Relations (ISPR), the operation was initiated, based on credible intelligence, in Sambaza area of Zhob, Balochistan for the last 96 hours to deny terrorists use a few suspected routes to move across Pakistan-Afghanistan Border to sneak into Khyber Pakhtunkhwa (KP) along the interprovincial boundary and target citizens and the security forces.

The martyred soldier was identified as Sepoy Haq Nawaz who embraced Shahadat during the ensuing heavy exchange of fire and two other soldiers got injured. The terrorists were supported by their facilitators from across the border as well through fire.

A group of the terrorists was intercepted in early hours on Sunday as a result of continuous surveillance and sanitisation of the area, it added. During the establishment of blocking positions to deny them escape routes, terrorists opened fire onto the security forces.

The sanitization operation continued in the area to apprehend remaining perpetrators.