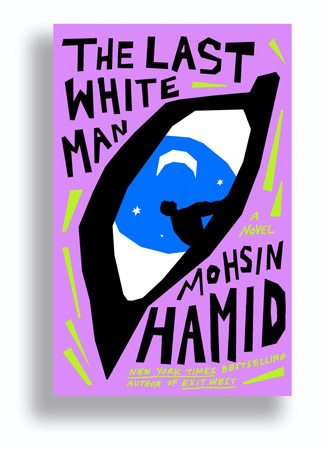 The postcolonial subject has dreamt of reconstituting his world, primarily aiming at getting rid of the white man out of his country and assuming power himself and, beyond that, colonising instead the white man’s country.

The dream could never physically materialise. However, the possibility of writing back to the empire became possible when the local or indigenous writers initiated the portrayal of the indigenous culture, sounds, and words. Today the world is glowing with works of literature in English by authors hailing from formerly colonized countries. Many of these writers inhabit the cosmopolitan centres of previously occupied lands. The authors, therefore, directly interact with the coloniser’s cultures and can offer a better dream of the postcolonial subject.

The colonisers’ imperialistic designs of hegemony had many parameters dominated by the whiteness of the skin tone. The whiteness of the skin tone was directly contrasted with the colonizer’s brownness or black skin tone. This gave birth to racialist trends and the postcolonial binary of White and black-created groupings like the US versus Others, in which the left of the binary always proved decisive. So, the whiteness of the skin tone became a symbol of power and superiority, which made the people with white skin tone to be proud of themselves, and the non-white skin tones added more to the depressed feelings of the colonized. In such a scenario, the postcolonial subject would wish to see the white man suffering from a similar depression when his skin tone converts to brown and loses the mythical significance of being white. Mohsin Hamid’s latest novel, ‘The Last Whiteman,’ is themed on a dream of the colonised subject to dismantle the myths of being white and superior. The postcolonial writing project is partly a representation of the master, and partly it has been the imitation of the master. As a result, the postcolonial writers put up an allegorical view of the fictional world they produce. As such, the novel by Hamid is an allegorical representation of the dreams of the postcolonial subject.

‘The Last Whiteman’ symbolises the new kind of war that could initiate among the white nations when a few mutate and change their skin tone. Anderson, the story’s male protagonist, discovers in his mirror a man standing just opposite his former skin tone and is somewhat baffled to see himself as a new man. He is partly terrified and partly upset about this change. His main concern is that his fellows would refuse to accept him as a part of their community and would consider him an alien and even may dislike him. Anderson keeps on hiding, and even if he goes out, he camouflages himself with clothes covering.

But to his surprise, he finds that others are also suffering from the same and all are hiding from each other and some don’t know about the change in him.

Oona, his partner, recognised him and did not show her dislike and instead kept on loving him, meeting him and making him feel good until her mother turned brown, and she too very soon developed signs of not remaining white anymore. She, too, locks herself inside with her mother and only visits Anderson, who also begins to live with his father, who had accepted him even in his browns. People start to feel the impact of this brownness syndrome and try to catch up but fail, so tensions develop. The country underwent a lockdown because of the terroristic activities of the criminals who wanted to set things right by killing and plundering the ones who had turned brown. The whole social fabric gets torn apart between these warring whites and the browns and both parties consider the other an illegitimate citizen of the state. Besides this, many people with mutated skin tones also started to die.

Hamid’s narrative, in this sense, becomes a dream of the postcolonial subject that he would like to see the white man losing the superiority of being white and suffering the same racialistic attitude himself. The diaspora of multiple countries residing in the formerly colonizing centres of the world has been facing racial slurs and the racialised perspective even in the developed world of the 21st century, which keeps on re-enlivening the imperialistic mindset bent upon upholding the traditional stereo-typed pride in being white. Hamid’s novel attempts to dismantle such an attitude and ironically challenges the myths attached to the particular skin tone and reminds us that natural calamities like viruses and mutations can dislodge the assumed significance associated with whiteness. In the novel’s world, such a phenomenon occurs, and the writer has delineated the consequent war and upheavals. It is also a protest against the racially ignited socio-political thinking and philosophies propagated by the western world mainly because of the imaginary clash of civilizations and the Islamophobia famous as a social discourse. The narrative ultimately becomes a soft reminder of the melancholic feeling of the non-white people living among the white nations of the developed world.

The writer is a professor of English
at Government Emerson University, Multan. He can be reached
at zeadogar@hotmail.com and
Tweets at @Profzee