Abeeha Mamoon is a Licensed, Certified Celebrity Makeup Artist, Hairstylist, and Educator. She is a Pakistani, Dubai-based makeup artist, making a ripple in the beauty industry, one brush stroke at a time. Her story goes back to her teens when she picked up a brush and thought about how both art and beauty could be created using a single stroke. As years passed, She realized visual storytelling and conceptualization were two character traits naturally embedded in her personality. Abeeha is featured in international news magazines such as EMEA Tribune, and is featured by top news agencies as the “Face of Makeup Artist”. 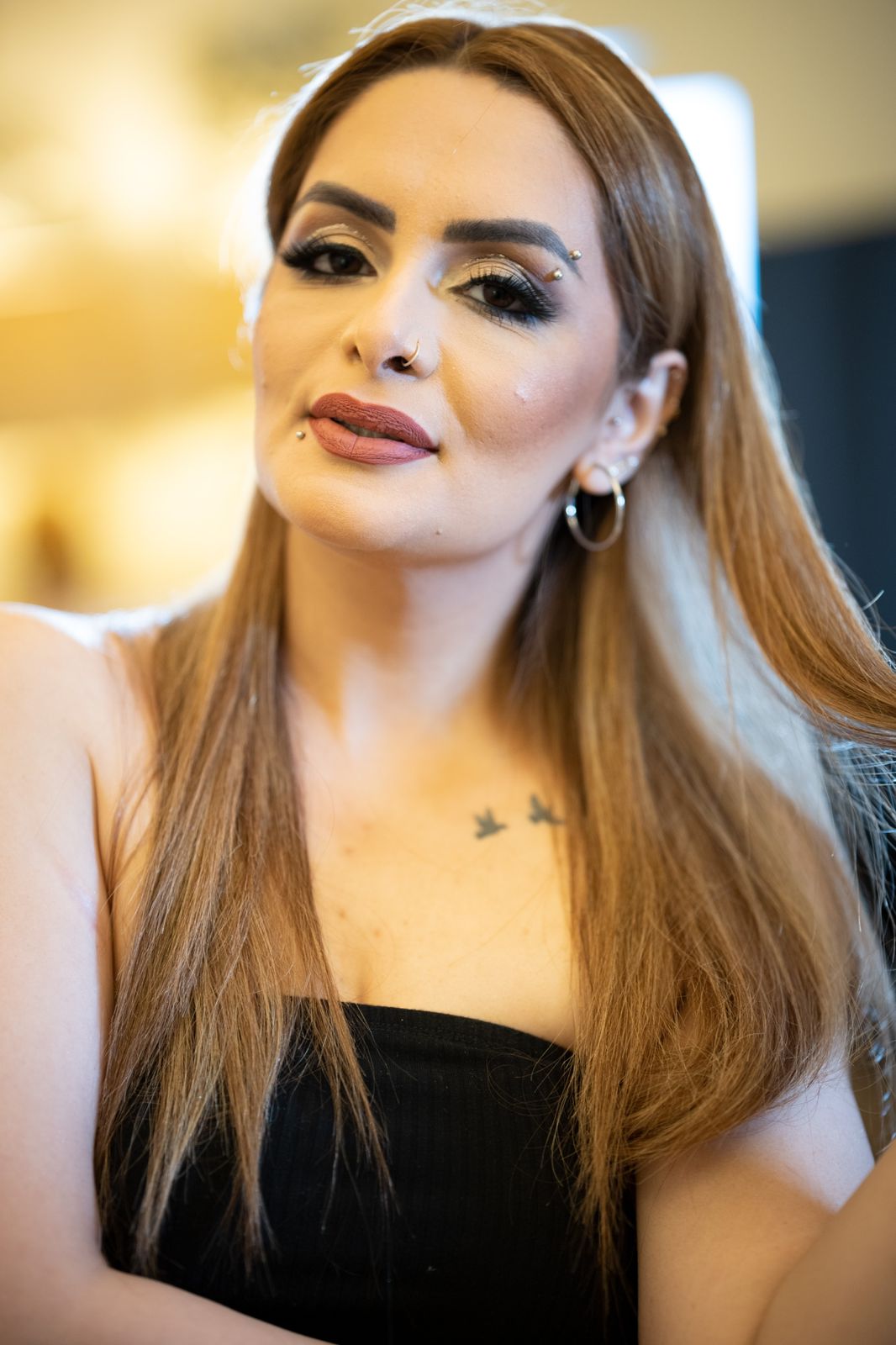 But it wasn’t until 2017 when She finally figured out what amalgamated the two in a career: makeup artistry. This is when She became a freelancer in search of something more than painting faces and reducing fine lines. For Abeeha, it was always about getting her story across, a story of someone who genuinely believes in changing the perspective.

Of course, when you enter an industry, you must follow its rules. Abeeha was never the one to bend herself for someone else, but She knew in the professional world, She needed guidance and discipline to find her way and make her mark eventually. Hesitant but full of energy, She entered the UAE makeup championship 2017-2018 and won the competition. This achievement made her realize how her potential could be polished if she remained in this industry and strived for a trademark.

There is no end to what She wants to explore through the world of beauty. Every day She wakes up with the intention of making a change, finding herself, and discovering human emotions through her work. She picks up her brush and listens to my senses before letting my imagination run wild. Everything she does, everything She is comes from a soul in deep conversation with the exonerating visuals of the world.

Abeeha love’s calling herself an artist because every day she creates something. She absorbs the feelings, energies, and inspirations from around her and showcases their harmonious blend through faces, expressions, and colors. There is nothing that gives her more gratification than changing perceptions and leaving an impact on those around them.

She is truly blessed to be able to express herself through her work and ensure her passion represents her across faces of the world. Abeeha Mamoon is the name of someone who will never stop breaking rules, expressing emotion, and redefining boundaries.