The Epitome of Patriotism 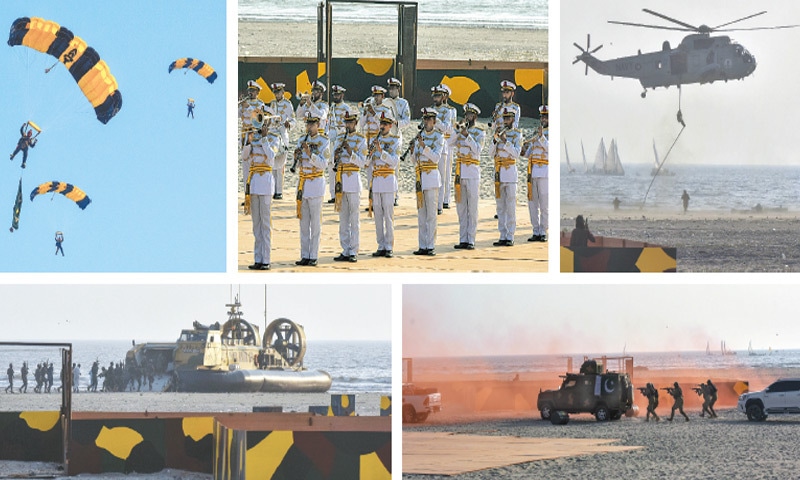 Generally speaking, it looks odd yet history provides testimony to the fact that arms are necessary for maintaining peaceful order in the world. Apparently, all types of arms are the source of destruction but in a larger context, they are basically meant to avoid any confrontation which might bring destruction to human society. Based on this premise Pakistan holds on a biennial basis the “International Defence Exhibition and Seminar” acronymically known as IDEAS with the slogan “Arms for Peace.” Its 11th edition has just concluded on the 18th of November, 2022 with anticipated fanfare.

The IDEAS is held to showcase Pakistan’s military-industrial complex’s potential and attract buyers from around the world. It is comforting that every time a substantial number of contracts are signed with international customers indicative of their trust in Pakistan’s military-industrial complex’s dependability as a source of acquisition for their critical requirements. Not only do the military enterprises display their capabilities but the Pakistani private industrial and entrepreneurial complexes are also encouraged to exhibit their capacity. All in all, it is a very cohesive display of our defence-related industrial competence. This is also an opportunity to put up a display of our strategic thinking through a seminar in which papers on various topics of interest are read by renowned academicians and retired military officers. Audiences from around the world receive an insight into our strategic thinking and become aware of our security concerns and amicable response. This time in IDEAS delegates from 64 countries attended the event which is a diplomatic success for Pakistan.

To live in peace a country needs a strong defence. It is something also reiterated by PM Shahbaz Sharif during the launch ceremony of PNS KHAIBER at Istanbul shipyard Turkey on 25th of November, 2022. Living in a bit turbulent and antagonistic neighbourhood, Pakistan has always required credible defence mechanisms. Pakistan’s armed forces have therefore been cognisant of their responsibility very well and have always affirmed to uphold national image and prestige. Besides ensuring the defence of the country the armed forces of Pakistan have been grossly involved in countering all sorts of non-traditional threats. Be it terrorism, pandemic, natural calamity or lawfare, Pakistan’s armed forces have always stood by the government of the time. Especially during the past six years, we have witnessed the pivotal role played by Pakistan’s armed forces in particular Pakistan Army battling on multiple fronts.

As we know CPEC is a project of prime importance to Pakistan and China. It is the harbinger of opportunities and development for not only the countries but also the region. Pakistan armed forces have, therefore, been entrusted with the responsibility of providing security to the CPEC projects. Living up to their reputation they are securing all CPEC projects day in and day out with due diligence and utmost dedication. Our all-weather friend China has contended with the security provided by the Pakistan armed forces and this has been acknowledged by the Chinese top leadership on multiple occasions. For threats on land, Pakistan Army has raised two Special Security Divisions while for the seaward threat Pakistan Navy has established a dedicated Task Force 88. Thus, CPEC is secure in its entirety.

During the century’s worst pandemic COVID-19, Pakistan Army helped the government of Pakistan to overcome difficult times. A workable mechanism jointly led by the government and Pakistan Army in the form of NCOC was established which prudently tackled the situation and brought the country out of this menace successfully. Various countries from the developed world lagged behind but appreciated Pakistan’s very apt policies. During the recent catastrophic flood situation which had inundated one-third of Pakistan, again a joint mechanism in the form of NFCOC was established which handled it befittingly. With the minimal loss, the situation was recovered. Pakistan faced a grave situation for a couple of years in the wake of its downlisting by the FATF. It had direct implications for Pakistan’s economy and hence for the daily life of Pakistanis. It was a national challenge which loomed large on the fate of the Pakistani nation. Pakistan Army again came to the forefront and shouldered the responsibility with the government of Pakistan in handling it. A special cell was established in GHQ which rendered its all-out support to the government’s outfits working on the issue.

Pakistan’s economy has been feeble for the past few years. Pakistan’s armed forces, therefore, cut down their expenditure by implementing strict financial restrictions to save on the national exchequer. For the past six years, they have operated in resource constraint environment without desisting from the assigned tasks and expectations. This is something unique to the Pakistan armed forces as no other country in the region experiences challenges that Pakistan does and Pakistan’s armed forces being the guarantor for its security bear most of the brunt. Operating in such a resource constraint environment yet fulfilling all assigned tasks is the hallmark of our defence forces.

On the 29th of November, 2022, the leadership of Pakistan’s armed forces is replacing hands yet the resolve, commitment and conviction to serve the country remain the same. Their dedication is unwavering and their allegiance is undeterred. They have been the true epitome of patriotism. There is however a need to join hands once again and face the upcoming challenges together as has been in the past. There is a need to be on one page again and defeat our enemies together. Our arms are surely for peace but if needed these can be used against the enemies of Pakistan. Given our history of cohesiveness against the menaces that have been confronting us, it can be very safely deduced that together we will defeat them and together we shall rise.

(The writer is a Communication Strategist at the Institute of Regional Studies and can be reached at reema.asim81@gmail.com)