US says Pakistan ‘critical’ to it’s interests in region, world 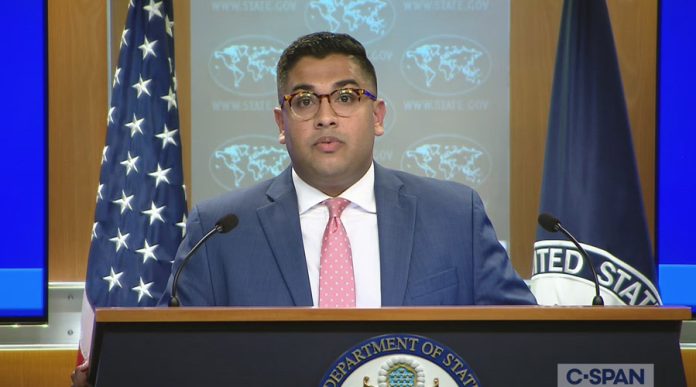 WASHINGTON: A State Department spokesperson Wednesday sidestepped a pointed question about PTI Chairman Imran Khan’s reported statement that he no longer blames the US administration for his removal from power, saying Washington views Pakistan as “critical to our interests not just in the region, but also the world more broadly.”

“The US values our longstanding cooperation with Pakistan and has always viewed a prosperous and democratic Pakistan as critical to US interests,” the Department’s Principal Deputy Spokesperson, Vedant Patel, said in response to the question from a private Pakistani TV channel’s correspondent at the daily press briefing.

“That remains unchanged,” he stressed.

“We don’t have a position on one political candidate of a party versus another,” Patel said, adding, “We support the peaceful upholding of democratic, constitutional, and legal principles.”

When the correspondent pressed for comments that Imran Khan had backed out of his narrative of holding the US responsible for his ouster, the spokesperson said, “We will not let propaganda, misinformation, and disinformation get in the way of any bilateral relationship, including our valued bilateral partnership with Pakistan.

“As we’ve previously said, there has – there is not and there has never been a truth to these allegations, but I don’t have anything additional to offer,” Patel added.

The spokesperson declined to comment on the former prime minister’s remarks on his visit to Russia.