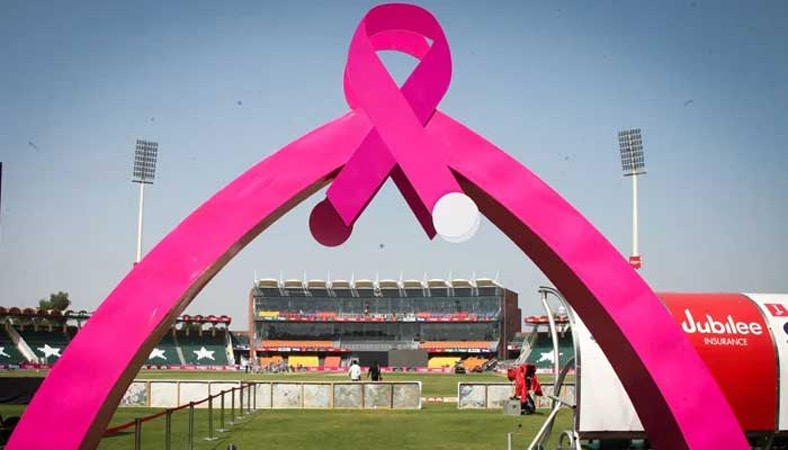 LAHORE: Pakistan and Ireland women’s sides are all set to take on each other for one last time at Lahore’s Gaddafi Stadium here on Wednesday (today). The third and final T20I will decide today who take the trophy home as the series is tied at 1-1. The tourists, who went down in the three-match ODI series 3-0, came back stronger to win the first T20I beating the hosts by six wickets. In the second T20I, Pakistan bounced back to win the match by six wickets with one over to spare. The third T20I will begin at 10:00 am with the toss taking place at 09:30 am. The PCB will live-stream the match on its YouTube channel. Today’s game has added significance with the Pakistan Cricket Board (PCB) as part of its social corporate responsibility supporting the Pink Ribbon campaign to create awareness about breast cancer. In that regard, both team captains, players, match officials and commentators will wear pink ribbons during the course of the match and awareness messages will be displayed inside the stadium.

Entrance for the match is free for spectators with four enclosures – Imran Khan, Rajas’, Fazal Mahmood and Saeed Anwar – open to the public. The PCB also encourage fans to wear pink for Wednesday’s fixture. Opening batter Javeria Khan who scored 35 runs in the second T20I, speaking ahead of the third T20I said, “T20I format is such that there is very little margin to make mistakes. The Irish side have learnt a lot from the ODI series and they have shown the results in the T20I series. “We will sit down again, rectify the mistakes made in the second T20I and will make sure we do well in the third T20I and win the match comprehensively.”

Meanwhile, Ireland captain Laura Delany expressing her views in the post-match ceremony at the end of the second T20I said, “Disappointed with the outcome of the match, we let ourselves down in the field. We don’t feel we are missing a power hitter, it’s all about executing plans in the middle. “It is now up to the other batters to step up and cash in the opportunity. Overall, happy with the performance of the squad at the moment.” The star performer for Pakistan in the series has been Nida Dar. The senior all-rounder has scored 89 runs which includes 69 in the first match and has bagged three wickets. For her all-round performance in the second T20I, Nida was named player of the match. This was her 10th player of the match award – the most for any Pakistan player. She surpassed Bismah Maroof’s nine and Javeria’s eight player of the match awards till date.

For Ireland, 22-year old right-handed batter Gaby Lewis has scored 73 runs from two outings in the series, with 69 not out her best – coming in a winning cause in the first match. The 20-year old Orla Prendergast has scored 59 runs and with her right-arm fast bowling has grabbed three wickets.