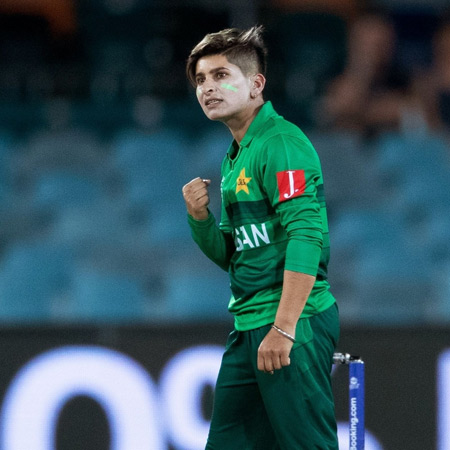 LAHORE: Pakistan beat Ireland by six wickets in a low-scoring rain-hit match to level the three-match T20I series 1-1 here on Monday. With the game reduced to 17-overs-a-side contest, Ireland were restricted to 118 for 7, courtesy Nida Dar and Nashra Sandhu’s measured bowling. Javeria Khan, Dar and Ayeesha Naseem then helped the hosts chase down the total with an over to spare. Put into bat, Ireland lost opener Gaby Lewis in the third over and were kept quiet most of the time. Amy Hunter top-scored for the visitors with a 39-ball 36 and Orla Prendergast chipped in with 20 off 17. However, regular strikes dented Ireland’s progress. Eimear Richardson and Rebecca Stokell did manage to find some late runs which helped Ireland get past the 100-mark.

Ireland toiled for wickets after dismissing opener Muneeba Ali for 12 and captain Bismah Maroof for 2 inside four overs. Javeria’s patient 35 off 39 deliveries was all Pakistan needed to steady the innings as she stitched a crucial 46-run stand with Dar for the third wicket. Javeria was run out in the 12th over, but that didn’t affect the team’s momentum. Dar ended with 28 runs to her name, with a six and a four in the 25-ball knock, while Naseem hit an unbeaten 12-ball 25. Aliya Riyaz made an unbeaten 11 off 7 balls to steer Pakistan to victory. Arlene Kelly was the only bowler to take a wicket for Ireland. The third and series-deciding T20I will be played on Wednesday at the same venue.