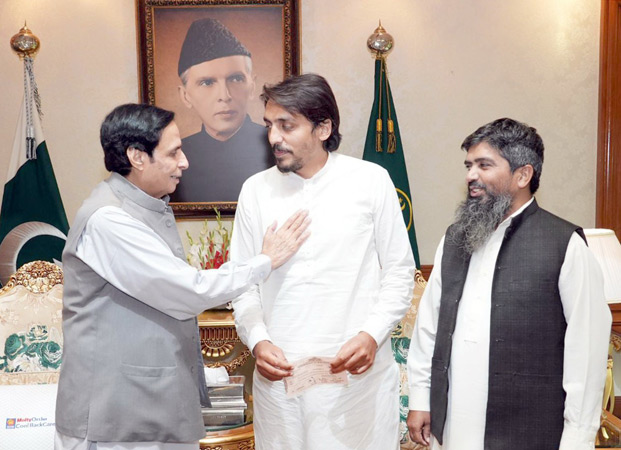 Punjab Chief Minister Chaudhry Parvez Elahi on Friday presided over a meeting at his office in which law and order situation of the province was reviewed.

The chief minister ordered to undertake prompt measures in order to control crime rate in Lahore at all costs and sought a report in this regard within two weeks. He vowed to control the crime rate in Lahore under any circumstance, saying that “hard policing” would be carried out to eliminate crime across the province. He remarked that dutiful and diligent officers were always remembered in good words.

It was decided during the meeting to extend the forensic lab and its scope. The CM directed to establish forensic labs in Multan and Rawalpindi.

The CM directed to fulfill the shortage of police personnel in police stations of Punjab including Lahore subsequently. The CM apprised that he would provide assistance and backing to the police for the eradication of crime in the province. He expressed the resolve to cater the needs of the police force in order to provide a peaceful environment to the people, adding that a significant decrease in the crime rate occurred in the past due to efficient performance by the patrolling police.

The CM acknowledged that traffic wardens and the patrolling police displayed an exemplary performance but unfortunately they were being subjected to political prejudice.

The chief minister ordered for establishing a waiting area for the attendees and said that more and more trees should be planted on the hospital premises. It’s sanguine that a majestic mosque has been built with the support of philanthropists, he added. Chief Secretary Abdullah Sumbal, ACS Asadullah Khan, secretary specialised healthcare & medical education, secretary finance, secretary (coordination) and others attended the meeting.

The chief minister praised the bravery of Ibtisam and presented him a cheque of Rs 2.5 million, said a handout issued here.

The CM said that Ibtisam is the hero of the nation and his bravery could never be compensated in financial means. “The nation salutes your courage,” he told Ibtisam Hasan. “You have achieved a great feat by catching the accused and we are proud of a brave young man like you,” he said. He added that his (Ibtisam) timely action saved a major accident. Nasir Mehmood, the uncle of Ibtisam Hasan, was also present.

CM condoles death of education minister’s mother: Punjab Chief Minister Chaudhry Parvez Elahi expressed a deep sense of sorrow and grief over the death of the mother of Provincial Minister Murad Raas, on Friday. In a condolence statement, he extended heartfelt sympathies to the bereaved family and said that he was deeply saddened as the pain of the separation of the mother could not be described in words.

May Allah Almighty rest the departed soul in eternal peace and grant courage to the bereaved heirs to bear the loss with equanimity, he prayed.