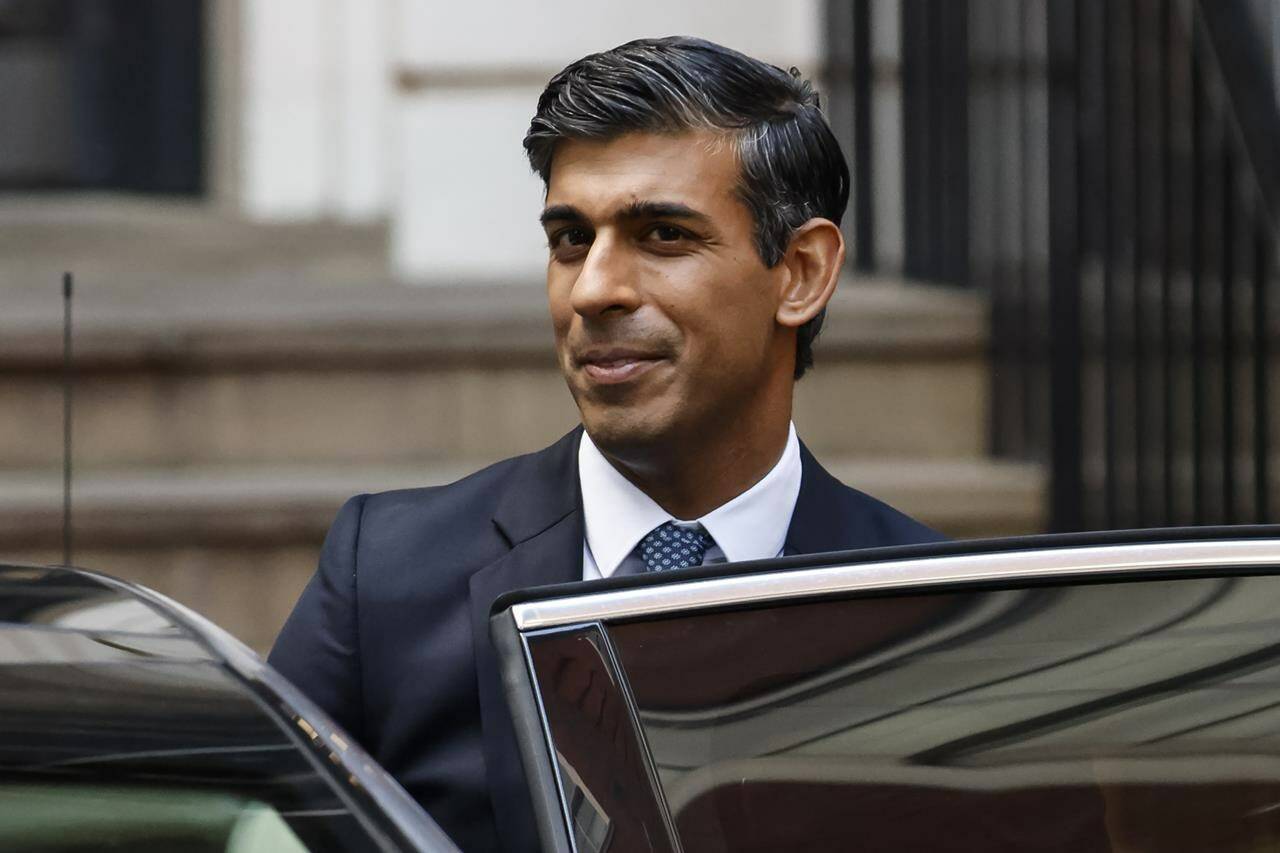 LONDON: Rishi Sunak became Britain’s third prime minister in two months on Tuesday, tasked with tackling a mounting economic crisis, a warring political party and a deeply divided country in one of the greatest challenges to confront any new leader.

The 42-year-old former hedge fund boss was asked to form a government by King Charles, and will seek to bring an end to the infighting and feuding at Westminster that has horrified investors and alarmed international allies.

He will address the nation from Downing Street shortly and then start building his cabinet of senior ministers.

Sunak, one of the richest men in parliament, will have to find deep spending cuts to plug an estimated 40 billion pound ($45 billion) hole in the public finances due to an economic slowdown, higher borrowing costs and a six-month programme of support for people’s energy bills.

With his party’s popularity in freefall, Sunak will also face growing calls for an election if he moves too far from the policy manifesto that elected the Conservative Party in 2019 when then-leader Boris Johnson pledged to invest heavily in the country.

Economists and investors have said Sunak’s appointment will calm markets, but they warn that he has few easy options when millions are battling a cost-of-living crunch.

“With a recession in 2023 now increasingly likely, and the next general election in only two years’ time, Rishi Sunak can expect a challenging premiership,” Eiko Sievert at the Scope ratings agency told Reuters.

Sunak has warned his colleagues they face an “existential crisis” if they do not help to steer the country through the surging inflation and record energy bills that are forcing many households and businesses to cut back spending.

“We now need stability and unity, and I will make it my utmost priority to bring our party and our country together,” he said as he was elected by his lawmakers on Monday.

Sunak, Britain’s youngest prime minister for more than 200 years and its first leader of colour, replaced Liz Truss who resigned after 44 days following a “mini budget” that sparked turmoil in financial markets.

With debt interest costs rising and the outlook for the economy deteriorating, he will now need to review all spending, including on politically sensitive areas such as health, education, defence, welfare and pensions.

Reflecting the near-constant state of turmoil in British politics this year, politicians, journalists and photographers once again crammed into Downing Street on Tuesday to hear a departing speech from Truss.

Speaking seven weeks to the day after she arrived as prime minister, Truss did not apologise for her short tenure and said she knew Britain was set for brighter days.

During her time in office the pound hit a record low against the dollar, borrowing costs and mortgage rates surged, and the Bank of England was forced to intervene to protect pension funds from collapsing.

Sunak will now start forming his cabinet, with some Conservative lawmakers hoping he will include politicians from all wings of the party.

He is expected to retain Jeremy Hunt as finance minister after the former foreign and health secretary helped calm volatile bond markets by ripping up most of Truss’s economic programme.

Investors will also want to know if Sunak still plans to publish a new budget alongside borrowing and growth forecasts on Oct. 31, which would help inform the Bank of England’s interest rate decision on Nov. 3.

Political machinations
Sunak, a Goldman Sachs analyst who only entered parliament in 2015, must unite his party, aware that voters are increasingly angry over the antics at Westminster as the economy heads for recession.

He was blamed by many in the party when he quit as finance minister in the summer, triggering a wider rebellion that brought down Johnson.

While many expressed relief that the party settled on a new leader quickly, a sense of distrust remains among some while others questioned whether struggling families would relate, or ever vote, for a multi-millionaire.

“I think this decision sinks us as a party for the next election,” one Conservative lawmaker told Reuters on condition of anonymity.

Historian and political biographer Anthony Seldon told Reuters that Sunak would also be constrained by the mistakes of his predecessor.

“There is no leeway on him being anything other than extraordinarily conservative and cautious,” he said.

Many politicians and officials abroad, having watched as a country once seen as a pillar of economic and political stability descended into brutal infighting, welcomed Sunak’s appointment.

US President Joe Biden described it as a “groundbreaking milestone”, while leaders from India and elsewhere welcomed the news. Sunak’s billionaire father-in-law, N R Narayana Murthy, said he would serve the United Kingdom well.

“We are proud of him and we wish him success,” the founder of software giant Infosys said in a statement.