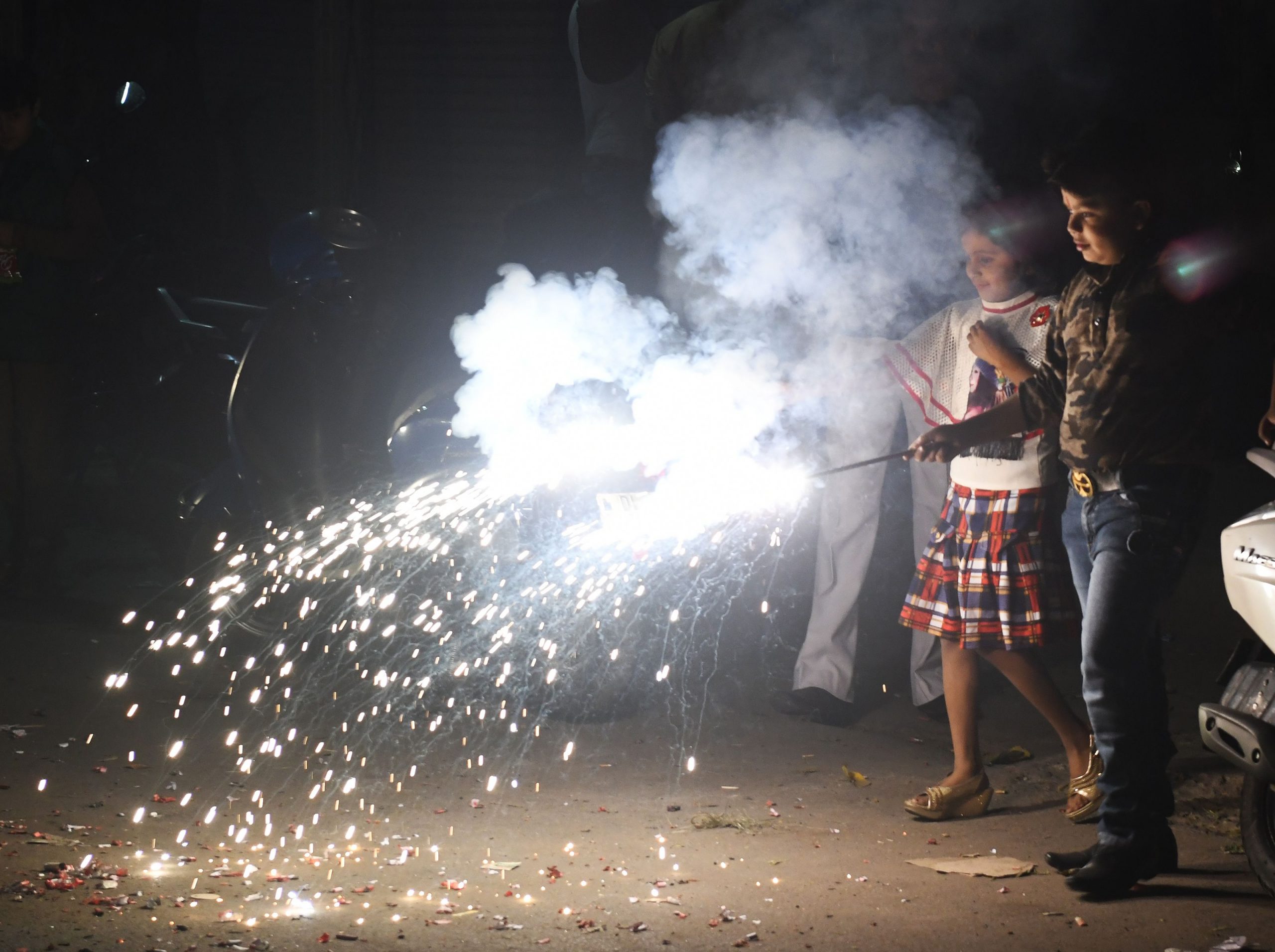 According to international monitoring company IQAir, harmful PM 2.5 particles surged to 350 on the air quality index — more than three times the reading a day earlier.

The reading for the particulates — so tiny they can penetrate deep into the lungs and enter the bloodstream — is more than 23 times the recommended daily maximum set by the World Health Organization.

The PM 2.5 reading had eased to around 145 by mid-morning, still nearly 10 times the WHO limit.

New Delhi imposed a ban on the sale and use of firecrackers last month and announced that those flouting the ban could face up to six months in jail.

Many of the Indian capital’s roughly 20 million residents were still able to get hold of firecrackers, setting them alight into the early hours.

However, broadcaster NDTV reported that Delhi’s pollution levels after Monday’s Diwali celebrations year were the lowest in four years. The festival fell relatively early this year in mild weather.

Delhi chief minister Arvind Kejriwal said residents were “working hard” and that there had been encouraging results.

“But there is still a long way to go,” he tweeted early Tuesday.

Diwali is celebrated at roughly the same time when farmers in neighbouring states burn stubble after their harvest.

Firecracker smoke combines in winter with farm fires and industrial and vehicular emissions to form a toxic cocktail that is blamed for huge numbers of premature deaths.

Across South Asia, the average person would live five years longer if levels of fine particulate matter met WHO standards, according to a June study from the University of Chicago’s Energy Policy Institute.