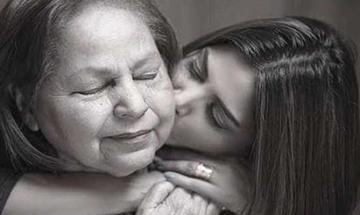 Singer Hadiqa Kiani’s mother Khawar Kiani passed away on Friday at her home.

Taking to Twitter, the singer wrote, “Khawar Kiani passed away peacefully at her home, surrounded by her family and friends. We ask that everyone please respect the family’s privacy during this very difficult time”.

In 2006, Kiani received the fourth-highest Pakistan civilian award, the Tamgha-e-Imtiaz, for her contributions to the field of music. In 2016, Kiani was titled as one “Pakistan’s Most Powerful and Influential Women.”

The poetess in her last moments was surrounded by her family and friends. As per the statement issued by the Hadiqa Kiyani family, “We ask that everyone please respect the family’s privacy during this very difficult time.”

“Those who knew Khawar knew her grace, dignity, and strength. Along with being a strong and independent working mother who always put her children first, Khawar was a principal at a government school for girls and a master poetess.”

“In her later years, Khawar remained a force of light and positivity -bringing happiness and inspiration to all those around her. Khawar will be deeply missed but we ask you to send prayers at this time of need. Inna lillahi wa inna ilayhi raji’un. Verily we belong to Allah, and truly to Him shall we return,” the statement reads.