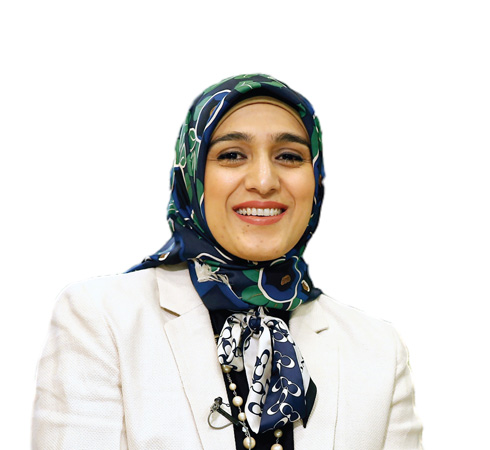 Amidst the horrors of civil war of the United State of America, Walt Whitman could hear the songs of mechanics, carpenters, masons, boat makers, and shoe makers. We heard delicious singing of the mother, or of the young wife at work or of the girl sewing or washing through his melodies enshrined in free verse. Thus, individualized roles of citizens hailing from different segments of society merge into harmonized societal streams bearing socio-economic and cultural dividends. The sense of collective citizenship emanating from strong individual roles is one perspective for looking at the ongoing disaster management efforts across the country. Our students and teachers from higher education institutions, research centres, and universities present streams of roles associated with disaster management within formal and informal institutional frameworks.

The formal framework addressing disasters encapsulates key policy instruments like the National Disaster Management Act 2010 (along with ensuing organizations created under the law), National Disaster Risk Reduction Policy 2013, National Disaster Management Plan 2013-2022, and National Disaster Response Plan 2019. The policy structure of disaster management is tilted in the favour of provinces therefore national guidelines have been issued for preparation of provincial as well as district level disaster risk management plans while retaining the review powers at the federal level with offering of technical support. All these formal policy instruments underscore the significant role of universities and research institutions with respect to disaster management. The National Disaster Management Plan calls upon universities and research institutes for development of innovative measures for mitigation and preparedness, collection of disaster related information, formulation of collaboration among industry-government-academia, assessments of hazards and risks etc. The National Disaster Risk Reduction Policy requires for updating of curricula of graduate and postgraduate courses in architecture, engineering, medicine, earth-, environmental and social sciences to incorporate the latest disaster risk reduction knowledge and practices. Guidelines for development of provincial and district level plans further recognize universities and research institutes as important stakeholders and seek their active input on complete disaster spectrum i.e. preparedness, response, recovery & rehabilitation, and reconstruction as defined by our policy instruments.

Provincial Disaster Management Authority (PDMA) Punjab has successively developed Provincial Disaster Response Plans over the years and has made them available on its website too. Apart from their sharing of highly public sector centric approach, they display a common disdain of other stakeholders including universities and research institutes. Education department has made to the plan owing to its human resource and availability of extensive infrastructure throughout the province that seemed useful to response formulators for provision of shelter and volunteer support. The approach taken by the provincial plans stands in direct contravention of the stipulations of national plans and guidelines. One wonders as to what it would have taken to reach out to universities from public and private sector with extensive expertise in different areas of disaster management. PDMA Khyber Pakhtunkhwa developed its Roadmap for Disaster Risk Management 2014-19 and prepares monsoon contingency plans on yearly basis. The provincial roadmap may be credited with attempt to undertake consultations with universities over strategy formulation. Likewise, PDMA Sindh though infrequently develops monsoon contingency plans. Information for plans developed by PDMA Balochistan and of preparedness by Gilgit Baltistan is not available in public space. Although progress has been by PDMAs in terms of rudimentary planning, yet the direction taken and the mechanism adopted are not in perfect line with the national policies with respect to the defined role of universities and research institutions.

A total of 81 districts across the country i.e. 32 from Balochistan, 23 from Sindh, 17 from Khyber Pakhtunkhwa, 6 from Gilgit Baltistan, and 3 from Punjab have been declared calamity hit with directly affected population of around 330 million. Third tier of governance dealing with disasters is that of district that covers both line departments at district level and local governments functioning in its geographical boundaries. District Disaster Management Plans are to be developed by the District Disaster Management Authorities that serve as first localized response to disaster management. National guidelines for developing district level plans emphasize the role of universities and research institutes as important stakeholders. District Disaster Management Plans of D.G. Khan, Rajanpur, Mianwali, and Thatta (all notified as calamity hit) provide an apt case for understanding the policy milieu governing disaster management at local level within the defined national framework.

District Disaster Management Plan (DDMP) Thatta (July 2017 – June 2027) identifies key stakeholders and their role in disaster management for three distinct stages of pre-disaster, during disaster, and post-disaster. Despite being a medium-term plan aiming to be comprehensive, it conveniently misses out on the role of academia especially universities and research institutes as envisaged by the national policy documents. Since the DDMP Thatta is an approved plan, thus carrying implied approval by PDMA Sindh and NDMA, the absence of prescribed role of academics is alarming. Akin to Thatta, district plans of the three calamity hit districts of Punjab neither display the academic input nor incorporate the role of universities and research institutes in suggesting innovative approaches to disaster reduction, mitigation, rehabilitation, and construction.

As compared to the formal framework, the informal institutional framework allows for deeper and substantive contribution of the academia towards disaster management in the country. On one hand geographical locale of the academic institutions renders them part of the local communities making them equally susceptible to disaster whereas on the other hand higher education institutions have the capacity and capability of informing policy makers over the needed actions to minimize risks of disasters and to mitigate their impact. Lone voices of academics doing their bit to draw attention of other stakeholders are rising in number. Students from every level are collecting donations for the flood victims and concerted efforts from within the academia are being undertaken to design and launch rehabilitation measures. Research is being conducted to investigate the impact of climate change and on our preparedness to reduce and mitigate disasters. However, these efforts remain in the informal space and fall short of converging within the national policy framework to maximize efficacy.

The current human dilemma unleashed on the citizens of Pakistan in the garb of floods is neither the first of its kind and all the evidence suggests that it is not going to be the last of what we are experiencing. The cycle of inertia starting from reporting of human misery and culminating at unending appeals to national and international audience for provision of support notwithstanding the echoing plans for rehabilitation ought to see its last on this disaster.

Developing a national consensus to fight the inertia of policy implementation through well-defined mechanisms with the support of key stakeholders might be the silver lining for flood affected Pakistan. The informal support responses being offered by the universities and research institutes need formalization as envisaged by the national policy instruments. A public space where the informality of actions guided by humane sentiments converges with formal expert inputs for generating systemic response to climate change is where the universities can optimize their role in disaster management and become truly resilient universities.

The writer is Rector Superior University.