Man smokes 15 cigarettes in one go 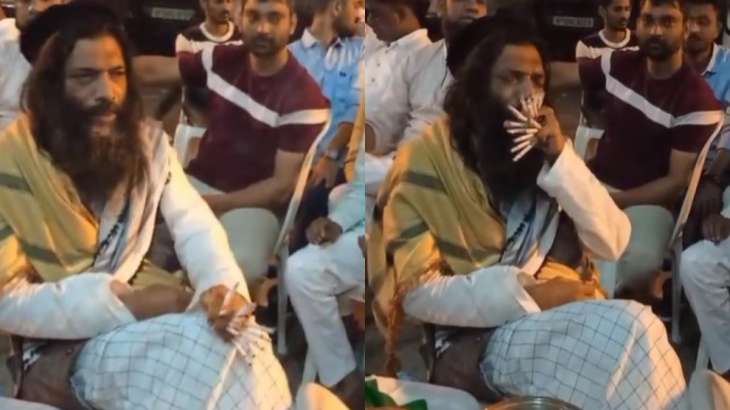 Man smokes 15 cigarettes in one go. It is not uncommon to see people inhaling numerous cigarettes one after another but in a viral video, a man is seen smoking 15 cigarettes at a time. Netizens are in utter disbelief after seeing the footage.

The viral video opens with a man holding all 15 cigarettes in one hand and smoking in public without any fear of harm to his health or public criticism. The clip sees the man sitting with a group of people and enjoying his smoking session with a smile on his face.

The strange video shows the man in an effortless mood, and it also shows a person carrying an ashtray for the chain-smoker. With long hair and a lengthy beard, the man is seen to have an odd appearance.

A video of a man smoking 15 cigarettes at the same time has shocked the internet. #ViralVideo https://t.co/qV2D8TxaxJ

The clip was uploaded by an Instagram user. As soon as the video was uploaded, it went viral in no time. The video has garnered more than 3.5 million views. Since the comments were disabled, netizens reacted on Twitter by sharing the video.