The writer is a broadcast journalist, and can be reached on Twitter @zeekhan_ 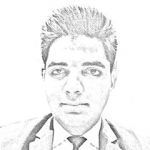 India and Pakistan have waged two wars over Kashmir and are now in possession of nuclear weapons. Even before the British left the Indian subcontinent in August 1947, Kashmir was a hotly contested territory. India has warned Pakistan that it will pay for the Pulwama attack which occurred on February 14. Adil Ahmad , a […] 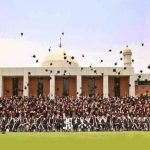 Prime Minister Imran Khan has formally initiated the conversion of the PM House into the Islamabad National University. The announcement was made during a seminar titled “Emerging Challenges and Opportunities for Pakistan.” PM Khan, during his speech at the inauguration ceremony, said that the purpose of establishing a University or Centre of Excellence (COE) at […]

Ever since the ‘treasonous’ outburst of Altaf Hussain, everyone is wondering how to bring the ensued pandemonium to a logical end. The interior minister has said: “Islamabad will not demand the repatriation of Altaf Hussain as he possesses a British passport.” Understandable. The consequences could be grave. Trial on any count will make him a […]

Terrorism, violence, fear, suicide bombings, mob with staves vowing to uproot all forms of modernisation, protests leading to massacre, clerics giving sermons for jihad against anybody who does not stand by their version of Islam. Shias, Ahmedis, Hindus and Christians being threatened and killed. Taliban taking over parts of the country. This is Pakistan, as […]

In less than three weeks of Pakistan People’s Party’s (PPP) departure from power, General Ziaul Haq’s ghost has started haunting Pakistanis and his shadow is looming over the frail edifice of democracy in Pakistan. The scrutiny process of the candidates seems to have taken everyone by utter surprise. With Jamshed Dasti, the twice popularly elected […]

That big hearty smile on Shahrukh Jatoi’s face while being escorted by police to an armoured vehicle and the display of a victory sign after being given the death sentence by an Anti-Terrorism Court (ATC) judge for committing Shahzeb Khan’s murder, was not without reason. Such decisions have been made in the past, not to […]