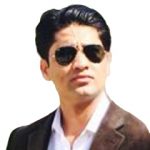 Stephen Walt, a celebrated American political scientist, once stated, ‘instead of realism, both Republicans and Democrats tend to view foreign policy through the lens of liberal idealism’. No political figure in the US wants to be labelled a realist: since, it is the only country where this term is used as a pejorative epithet, Henry […]

The rise of China has sent shock waves throughout the world, all the way to Washington and resultantly, US-China relationship has become the talk of the town. Many American scholars believe that China and US will fall into the Thucydides’ Trap. Therefore, they support the zero-sum containment policy against China — the one US used […]

In the contemporary globalised world, China has become the epitome of openness, inclusiveness, and transparency. Its foreign relations are shaped by: yes to peace; no to conflict, yes to cooperation; no to competition, yes to global justice; no to hegemony, and yes to win-sum; no to zero-sum considerations in its global foreign policy pursuits. The […]

It is safe to say that no country is more distressed by today’s dynamic global landscape and the tectonic shift in global strategic power than the US. This is why it seems to be in such a hurry to adjust itself against the backdrop of rising China and bellicose Russia. These adjustments include shifting focus […]

In November 1946, Quaid-e-Azam Mohammad Ali Jinnah advised [future] India and Pakistan to join hands as friendly neighbours and warn the world, “Hands off subcontinent”. It was supposed to be a Monroe Doctrine of South Asian version. But, three developments – bloody communal riots, a dispute over the distribution of civil-military assets, and the dispute […] 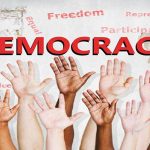 Pakistan is one of those countries where balance of institutional power oscillates between civil and military ends. Civil-military competition and objective control of the military has always been part of conceptual and intellectual debate in Pakistan because the country has experienced frequent military coup d’états and usurpation of civil authority at the hands of military […] 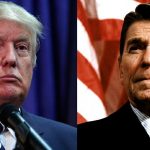 Donald Trump might lack the eloquence of former US president Ronald Reagan, but the content and intensity seem to be there. He has embarked on a foreign policy course encapsulating triumphalist clichés, self-serving assumptions and predetermined conclusions of hardcore factual situations — a route exactly taken by Reagan in the aftermath of détente. Reagan, under […] 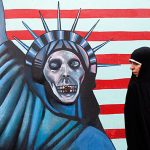 For much of the West, Muslims are nothing more than medieval zealots. Similarly, for many living in the Muslim world – the West represents public enemy number one. This dichotomy has led many to ask if a clash between Islam and the West is inevitable. History has borne witness to the fact that there has […]

In the developing world, the role of establishment in political affairs is a necessary feature. It matters, because security issues and rampant poverty in post-colonial era continue to haunt at the expense of fundamental human rights and democratic evolution. Politics in these countries is thorny and ripe for corruption with less regards to accountability and […]