Yasser Latif Hamdani is an Advocate of the High Courts of Pakistan and a member of the Honourable Society of Lincoln’s Inn in London. He was also a visiting fellow at Harvard Law School’s Human Rights Program for 2017-2018 academic year.

The problem with Ishtiaq Ahmed’s book is that it is written with clear mala fide intent. The book is based on the premise that Majlis-e-Ahrar, Gandhi, Nehru and  the author himself are the heroes across time and space fighting against the absolute villainy and evil. The chief villain of this retelling of the story of […]

As a US-returned young Pakistani who got caught up in law I had this unshakeable faith in democracy and civilian constitutional rule. It was because of this feeling that one supported the lawyers’ movement and eventual ouster of the dictator but what do we have to show for it. A hybrid system less transparent that […]

Most of my adult life has been spent trying to explain to Pakistanis a fundamental truth: If you do not return to Jinnah, there can be no progress and no moral compass. Jinnah is often accused – by our fashionable chattering class who haven’t bother to read any archival material – of using religion. The […]

When Pakistan was created in 1947, it was the largest Muslim majority state in the world and the fourth largest over all. Egypt’s King Farouk, who had ambitions of becoming the new Caliph of the Muslim World, was naturally alarmed. With caustic sarcasm he said “Don’t we know that Islam was born was born on […]

A certain political scientist, a writer of 700-page ideologicalpolemic against Jinnah trying unsuccessfully to disprove Ayesha Jalal’s thesis in her book The Sole Spokesman, has been bent uponlabelling the creation of Pakistan as a British conspiracy and Jinnah as their collaborator. Many have resorted to this slander against Jinnah without any supporting evidences even before. […]

On 7 February 1935 Mr. Jinnah declared “religion is a matter merely between man and god and should never be allowed in politics”. This was a life long position. In 1920 it was on this basis Jinnah had broken away from Gandhi, when the latter began using religion in politics. What happened in the 12 […]

Last week during the hearing on Punjab’s dissolution of local bodies, Justice Qazi Faez Isa made a number of damning observations on the conduct of not just the Government of Punjab but also the conduct of the Federal Government vis a vis freedom of the press. He said in clear language that media in Pakistan […]

The article I would have written this week was in short this: PDM should not try to overthrow the government of the day and that Imran Khan and his party should be allowed to complete its term. I would have repeated what I said last year about MaulanaFazlur Rahman and the prospect of him seizing […] 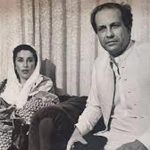 I never met Salmaan Taseer but I knew him since my childhood.I first came across the name Salmaan Taseer as an 8 year old. Salmaan Taseer was contesting elections from a constituency in Lahore and as a child of enthusiastic PPP supporters I often heard is name on the dinner table. He won of course […]

The exposure of India’s Srivastava Group by EU Disinfo Lab seems to have come as a surprise to many Pakistanis. I wonder why? Anyone who has observed the sustained assault on Pakistan on the Internet can plainly see how India has played its cards. The Indian propaganda machine has been constantly at work on the […]