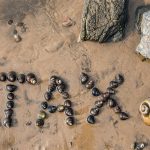 Sitting in a small cafe in a small town in western Massachusetts, Jordan talks about his problems with opioids. He was a construction worker, but an accident at his work site sent him to a hospital and into the arms of prescription painkillers. Jordan’s doctor did not properly instruct him about the dangers of these […]

What began as a joke is now no laughing matter. Donald Trump will most likely be the Republican nominee for the President of the United States. Given the deep uncertainty of this presidential campaign, there is a sense that he could even win the presidency. The headquarters of the Republican National Committee in Washington, D.C., […]