Big pharma’s pushers: the corporate roots of the opioid crisis

Sitting in a small cafe in a small town in western Massachusetts, Jordan talks about his problems with opioids. He was a construction worker, but an accident at his work site sent him to a hospital and into the arms of prescription painkillers. Jordan’s doctor did not properly instruct him about the dangers of these pills, which he used to kill the pain that ran down his leg. When the prescription ran out, Jordan found he craved the pills. “I used up my savings buying them on the black market,” he told me. When his own money ran out, Jordan got involved in petty theft. He went to prison for a short stint. The lack of proper care for his addiction in the prison allowed him to spiral into more dangerous drugs, which led to his near-death. Now released, Jordan struggles to make his way in the world.

With us is Mary, another recovering addict who entered the world of prescription drugs after she had a car accident a few years ago. Her shoulders and neck hurt badly and so Mary’s doctor gave her a prescription for fentanyl, which is 50 to 100 times stronger than morphine. Mary used a fentanyl patch, which allowed the drug to slowly seep into her body through her skin. It was inevitable, Mary told me, that she became addicted to the drug. The pain went away, but the longing for the opioid continued. Mary, like Jordan, is in a de-addiction programme. It is an uphill climb, but Mary is confident. She is a bright person, whose eyes tell a story of great hope behind the fog of her addiction. 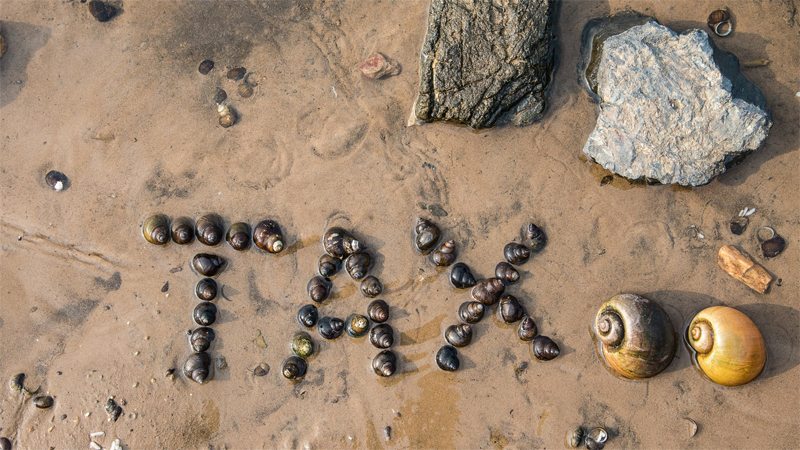 In late October, in Easthampton, Massachusetts, a small crowd gathered in public to talk about the scourge of the opioid epidemic in the area. Kaisa Clark talked about her sister Kristina, who died last year at the age of 32 from endocarditis. Kristina (Tina) was addicted, but was not given much support from the medical community. “Time and again my sister was made to feel like her life didn’t matter,” Kaisa said, her voice cracking. In her obituary, Tina’s family wrote movingly about her fight with addiction. “It was an uphill battle to acquire the necessary physical and mental health services that she required, as the stigma of substance abuse continues to plague all areas of our community.”

These are some of the two million Americans who suffer from substance abuse disorders related to prescription opioid pain relievers. The numbers are staggering. In 2016, as many as 64,000 people died in the US as a result of drug overdose. In 2015, the number was 52,404 dead, which means that the number increased by 22 per cent over the year. But more staggering is that over the past three years, deaths by synthetic opioids (fentanyls) increased by 540 per cent from 3,000 to 20,000. Illegal drugs-such as cocaine and heroin-continue to pose a challenge, but the real threat is from prescription opioids such as fentanyls of one kind or another. Each day, 175 Americans die from opioid overdose.

National emergency: In early November, President Donald Trump declared a national emergency against opioid abuse. “The opioid is a tremendous emergency,” he said in his characteristic style. The declaration of an emergency means that state funds should go post-haste to help stem the crisis. It is not clear, however, if this will be enough. There are indeed severe problems of inadequate funding for the treatment of addiction, and funds will be welcome. But the problem also exists at the other end-the production of the addicts. This would require a full-scale assault on the pharmaceutical industry.

Whether Trump will have the stomach to take on this powerful industry is to be seen.

In July, Dan Picard, a City Council member in the town of Middletown (Ohio), reported that the opioid epidemic had put immense pressure on the financial resources of the town. He suggested that the town adopt a “three strikes” approach to the crisis. If a person called for an ambulance because of an opioid overdose, the city would send medical care twice, administer the antidote (Narcan) and allow the person to survive. The third time, the person having an overdose would be left to die. “We need to put a fear about overdosing in Middletown,” said Picard. He was chastised for his callousness.

But Picard is not alone. Across the “rust belt”, where de-industrialisation has slowly eviscerated community after community, the opioid epidemic makes its way. Matters are so grave that in West Virginia, by early March, the state ran out of money to help bury the poor. West Virginia’s Funeral Directors Association president Frederick Kitchen said that this was largely the result of drug overdose deaths. Robert Kimes of the same association said that many funeral home directors had said that the majority of those who required the indigent burial programme were young and “not financially in a great position”.

Princeton University economists Anne Case and Sir Angus Deaton looked carefully at the mortality rates for the US working class and found them prone to “diseases of despair”-including drug overdose. In 2015, the Case-Deaton study found that there was a “sea of despair” that was drowning a generation of working-class Americans, with diseases such as drug addiction and alcoholism as evidence for the despair. In an updated version of the study that came out this year, Case and Deaton find that the collapse of the job market and the lack of hope amongst the working class have turned the poor towards various forms of addiction, including that of prescription drugs. Half the men who are out of the labour force, they suggest, are taking a prescription painkiller (such as an opioid).

“Although we do not see the supply of opioids as the fundamental factor,” Case and Deaton argue, “the prescription of opioids for chronic pain added fuel to the flames, making the epidemic much worse than it otherwise would have been.” Importantly, Case and Deaton point at the money. “We should note,” they suggest, “that a central beneficiary of opioids are the pharmaceutical companies that have promoted their sales.”

Social reasons for drug overdose: Case and Deaton are right to point to the social reasons for the drug overdose epidemic-the despair in society as it suffers from unemployment and social collapse-but also correct to point a finger at the pharmaceutical industry. Purdue Pharma, which makes the popular drug OxyContin, made $35 billion on this drug. The family that owns Purdue Pharma, the Sacklers, has made upwards of $13 billion. They donate vast amounts of money to charity, particularly in the arts. But they have also lobbied Congress with laser-sharp intensity. Between 2006 and 2015, Purdue Pharma and others who produce opioids spent $900 million on their lobbying efforts. That is eight times the amount spent by the gun lobby. They have purchased immunity from the elite, who are loath to stand up to stem the epidemic that is haemorrhaging poor communities across the US

Matters get more horrid when one looks at the entire pharmaceutical industry. It is true that the drug industry has made a fortune selling painkillers-especially opioids-to the general public. But they also make a killing from selling the antidotes for an overdose. And they have shown their colours by raising prices as the epidemic spirals out of control. The drug that Picard wanted to deny the overdose victim on their third call to the hospital is Narcan. One version of Narcan is called Evzio and is made by the pharmaceutical company Kaleo. In 2014, Kaleo sold two Evzio doses for $690, but increased the price earlier this year to $4,500. Kaleo controls about 20 per cent of the antidote market. This means that it has been able to set the price for this drug across the market, including for generic naloxone, which doubled over the past year.

Neither Jordan nor Mary is able to easily face a world that seems to have turned its back on them. There are millions of others like them who live in “factory deserts”, in towns that have been utterly hollowed out by the new order of things. They have no faith in Trump’s emergency order. Some money will go towards opioid addiction, which they welcome. But that is not the crux of the matter. They point their fingers at the pharmaceutical industry and the billionaires in their society. There is money in their society, they tell me at different times, but it does not seem to be coming to them. “The rich would like us all to die or go to prison,” says Mary.