“If you are not paying for the product, you are the product.” A phrase originated in the 1970’s in response to television advertising. The world has ushered into a new era and the means of communication have evolved altering the realities of marketing and advertising. In the digital era, the e-commerce, also known as the […]

History repeats itself, but in such cunning disguise that we never detect the resemblance until the damage is done, said by Sydney J. Harris, an American journalist, who also accounted the fact that the difference between patriotism and nationalism is that the patriot is proud of his country for what it does, and the nationalist […] 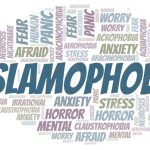 Islamophobia, a term expressed to depict fear of Islam is widely used to connote indiscriminate attitudes, beliefs and emotions directed towards Islam or Muslims. In reference to the Oxford English Dictionary, the word Islamophobia means “Intense dislike or fear of Islam”. It was first coined by French Scholar Alain Quellien, as ‘’Islamphobie” in 1910 to […] 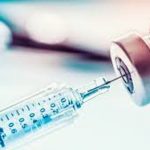 With the pandemic, rattling the world economies and tattering the power structures, a cure seems like nourishment to the withered roots of economic structures. A recent report issued the United Nations Conference on Trade and Development (UNCTAD) has signaled even a viable Covid-19 vaccine will not contain economic damage. The report also mentioned how the […]