The author is a traveller and prose writer

Recently, and especially after the war of terror was launched, there has been a disturbing trend in the media narrative and academic discourse where terrorism is, without any qualm, associated with any religion such as Muslim terrorists, Islamic terrorist or Christian terrorism. Such misleading and unfounded associations can further exacerbate the already troubling sense of […] 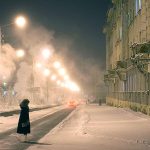 The girl was talking non-stop while the old man was brooding and the night was getting darker. So far, there was no sign of the train that was to take them to the remote town that was their final destination. They had just begun a river-side night errand. It had become their routine for the […]

This is the story of a soldier who is guarding the frontiers and gathering his thoughts to pen down in his diary. What he writes in the following lines needs to be thoroughly understood. This shows the soldiers too have a heart, feelings, dreams and plans of future. But they sacrifice their everything for the […] 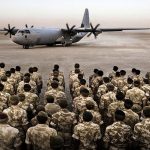 The parting moments were unexplainable to both of them. They were sipping coffee, gazing around, and occasionally talking. It was a cold dark night of misty December. He was to catch a train scheduled for departure to the front at midnight. There would be many like him, sitting in the train leaving behind life that […]