The fear of 2019 novel coronavirus has left people wondering whether the health system will be able to cure them or make their loved ones sick. Subsequently, public and clinical health efforts during the spread of coronavirus in population have focused on severe medical care needs of those who are severely affected. The urgent priorities […]

During the past few decades, Pakistan’s water profile outlook has entirely changed. Once enlisted among the water-abundant countries, now it falls in water-stressed countries where the threat is ‘extremely high’. The World Resource Institute, in its report,placed Pakistan on the list of top 17 water-stressed countries. The per capita water availability has decreased from 5,000 […] 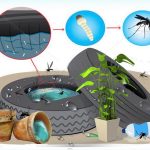 Dengue, a widespread mosquito-borne infection in human beings, first appeared in Pakistan in 1994, and hit Karachi in 2005 when 500 cases were reported along with 13 deaths. Later, it reached the other parts of the country, including Lahore and Rawalpindi. The biggest number of cases reported was 22,500 along with more than 350 deaths. […]