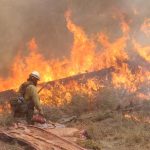 The dollar can now be bought for Rs157.95 in the open market as the greenback rate has dropped to a one-year low. The last time dollar was traded below Rs158 was on March 10 last year. “The State Bank took several initiatives such as Roshan Digital Accounts last year during the pandemic,” said Zafar Paracha, […]

Larry King, giant of US broadcasting who achieved worldwide fame for interviewing political leaders and celebrities, has died at the age of 87. King conducted an estimated 50,000 interviews in his six-decade career, which included 25 years as host of the popular CNN talk show Larry King Live. He died at Cedars-Sinai Medical Center in […]

PML-N Youth Wing President retired Captain Mohammad Safdar and PPP leader Qamar Zaman Kaira have tested positive for the coronavirus while campaigning for their parties in Gilgit-Baltistan, it emerged on Monday. In a tweet, the information minister said that Kaira, who has been occupied with the election campaigns in the Gilgit Baltistan region along with […] 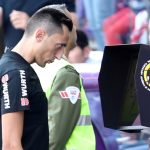 The newly-introduced VAR system suddenly stopped working during a football match in Saudi Arabia, after one of the stadium staff members unplugged it to charge his mobile phone. Unusual what happened in Saudi Arabia: the VAR suddenly stopped working in the match between Al-Nassr and Al-Fateh because a stadium employee disconnected him to charge his […]