The writer is a Lecturer at School of Politics and International Relations of Quaid-i-Azam University, Islamabad and is the author of the book, Democracy in Pakistan: From Rhetoric to Reality 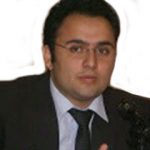 The political unfolding unleashed after Panama has left Pakistan Muslim League- Noon (PML-N) befuddled. Admittedly, it came to nought in addressing the momentous questions emerged in the aftermath. Nawaz Sharif, through a public tirade, has tried to neutralise the narrative on his corruption and guided the debate towards the abstract undercurrents of the system, which […]

This rapid liberalisation and the emergence of democracy as a cosmopolitan norm drastically reverberated the political orders of developing societies. The region MENAP (Middle East, North Africa and Pakistan) is the major recipient of the changing dynamics of global order. The brisk global change was mired in direct clash with the national institutions and the […] 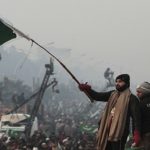 Pakistan remains in the grips of the institutional strife and turbulence that democracy has often brought to the country. This time the debate on the future of democracy was triggered by the ouster of the Prime Minister from his office. The reactionary wrath and backlash which followed this have had unintended consequences for the polity. […]

Indian Prime Minister Narendra Modi has again spewed venom against Pakistan in his electoral campaign for UP elections. The hatemongering against Pakistan may garner votes for faltering BJP but is likely to have dire implications for India-Pakistan relations which are already under great tumult in the wake of border escalations and India’s diplomatic circumventing of […]

Overall, there is a long historical legacy of the centre’s perceived exploitation of Sindhi resources. Tension between native Sindhis and the mohajir (immigrant) community has helped preserve ethnic narratives in the province. Pakistan’s second largest ethnic group, the Pashtuns, reside primarily in the tribal areas bordering Afghanistan and in Pakistan’s northwest region. Conservative in social […]

As a federal republic since its inception, Pakistan has experienced endemic problems that have plagued its centre-province relations, including perceived inequitable allocation of financial resources and the extent of political autonomy. Current crises include a rise in separatist and violent secessionist movements, a demand for new provinces, and a marked rise in peripheral politics. This […]

Evaluating the democracies of India and Pakistan is the most perplexing study within comparative studies. At the onset of partition, India faced extreme linguistic diversity, the issue of princely states and a class and caste based society, yet it went remarkably well with the amalgamation of skill and coercion, which helped India forge ahead to […]

Muslim tradition in India was highly heterogonous and syncretic. The rapprochement between Hindus and Muslims was an elusive idea given the oppositional character of identity embedded in the social setting of the Indian subcontinent. In this peculiar situation, the pioneering role of Muslims in the movement led to the creation of Pakistan. The transfusion of […]