In Pakistan, there is a large rift between the rhetoric of democracy and the deliverance of true democracy. The superficial definitions of democracy overrule the underlying push for democracy meant for the welfare of the masses 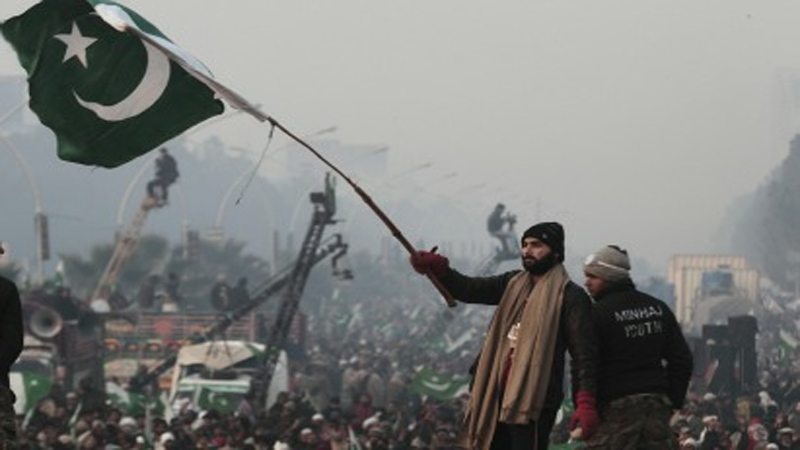 Pakistan remains in the grips of the institutional strife and turbulence that democracy has often brought to the country. This time the debate on the future of democracy was triggered by the ouster of the Prime Minister from his office. The reactionary wrath and backlash which followed this have had unintended consequences for the polity. As it appears right now, the frame of democratic rule is in tatters.

Pakistan’s chequered history of democracy is very curious. The country’s frequent military takeovers and intermittent stints of democratic rule are very obviously in stark contradiction with the prevalent norms of democratic states. As a result, ambivalence surrounds the discourse regarding democratic rule in Pakistan. Democracy is meant to dispense civic liberty, individual freedom and the rule of law. Furthermore, the functioning of its institutions themselves is supposed to lead to better governance over time. It is a system which offers representation, participation and accommodation, given the fundamental logic of the democratic society is to move towards a system where various citizens are political equals.

Historically, the feudal and agrarian societies of Europe never favoured the idea of democratic rule. Not until the advent of the industrial revolution. Until this happened, power remained centralised in the hands of oligarchs, monarchs and the religio-political nexus. In the late 1700s, The French Revolution brought new ideas to the world; which were based on liberty, equality and fraternity. The obsolete patterns of traditional feudal societies were discarded in favour of a new notion of civic equality. This was the recognition of the human principles of inherent dignity and the right of men to live according to their own will.

The economic logic of democracy explicates that through democracy countries can build better and convenient relationships with the market and stimulate new cycles of growth. This leads to enormous improvements in the areas of public welfare, including social reforms.This may pave a way towards the consolidative democracy. Serious institutional crises can also be measured if countries have democracy as a frame of governance. The challenges that the world faces right now also revitalises the need for functional political institutions.

Pakistan experienced a tremendous change and attitudinal shift with the return of democracy in 2008. In this epoch, electioneering emerged as a tool which was available to more than the old political guard of Pakistani politics. This can be vindicated from the fact that extremist outfits in Pakistan are also trying to garner electoral and political support, as was seen in the recent by-elections in Lahore. Electoral impetus gives citizens influence over policy-making, albeit at a participative level. Participative democracy is a way towards deliberative democracy.

The imperfect execution of electoral processes creates a vacuum for manipulative actors to climb to power and pull strings. Post-colonial states collectively failed to subscribe to these undercurrents of democratic ideals but persisted with the procedural and methodical manifestations of democracy

Citizens influence policymaking by choosing one option from a collection of distinct options. The shared predicament of developing states has been their inability to evoke a consolidative mechanism of free and fair electoral processes. This results in fragile democracies. The imperfect execution of electoral processes creates a vacuum for manipulative actors to climb to power and pull it’s strings. Post-Colonial states collectively failed to subscribe to these undercurrents of democratic ideals but persisted with the procedural methodical manifestations of democracy. Democracy is inextricably linked with the community, diversity and a continuous transformation. The pattern of relationship between state and society defines the character of democratic rule.In case of Pakistan, the historical legacies of Indian civilisation do not support this post-British Raj political contextualisation. It is at odds with the sociological niche and existing nuances of power and authoritarianism. The societal structure of Pakistan is multiethnic, diverse, multilingual and asymmetrical.

Democratic change in Pakistan has a direct link to increased awareness and access to modern means of communication. Increased technological sophistication and globalised communication reshaped the country’s traditional posture.

This wave of modernised communication has directly impacted the society by imparting awareness and consciousness among the masses. People no longer believe the narratives offered by the state. The legitimacy of the traditional power actors is also dwindling. At the same time, the misuse of technology through direct attacks on culturally bound norms, political mishandling, derogatory campaigns and it’s utilisation as an inexpensive way to launch public campaigns in favour of or against rivals has become ubiquitous. The dominance of the elite-dominated frameworks is upsetting the masses in general and the middle class in particular. The middle class aspires for integration in the mainstream and potent political representation. It renders acceptance to democracy and legitimises electoral tenets.

Another trend which Pakistan witnessed in the last decade is the rise of conflictual patterns of politics. These are rampant, given the obvious emergence of sharp political divisions. The rise of post-truth rhetoric and populistic narratives are reshaping socio-political contours. In Pakistan, there is a large rift between the rhetoric of democracy and the deliverance of true democracy. The superficial definitions of democracy overrule the underlying push for democracy meant for the welfare of the masses. Pakistan’s real quandary is governance and uniform applicability of the law. A solution to bad democracy is more democracy provided. It is abetted by rule of law and better governance. Countries are never fit or unfit for democracy they are made fit through democracy.

The writer is a faculty member in the School of Politics and International Relations at Quaid-e-Azam University, Islamabad, Pakistan. He can be reached at rajaqaiserahmed@gmail.com