The author is a UK based practicing Barrister 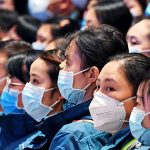 Historically, biological weapons were the first form of non-traditional and radical warfare. In 204 BC, Hannibal deployed bio warfare where his eminent soldiers were instructed to throw clay pots filled with noxious snakes on the deck of pergamene foe ships. During the fourth century BC, Scythian archers used arrows tipped with animal faeces to cause […]

Not long in the past, there has been unlawful insurgency in Indian administered Kashmir and the miasma of violence has aggrandized. So far, violence in occupied Kashmir has killed tens of thousands. In contrast, India has about 500,000 soldiers in occupied Kashmir, where armed groups despairingly and irremediably are fighting for independence. UN High Commissioner […]