Historically, biological weapons were the first form of non-traditional and radical warfare.

In 204 BC, Hannibal deployed bio warfare where his eminent soldiers were instructed to throw clay pots filled with noxious snakes on the deck of pergamene foe ships. During the fourth century BC, Scythian archers used arrows tipped with animal faeces to cause laceration that would result in infection. During the sixth century BC, water wells were poisoned with ergot fungus by Assyrians in order to disorientate their enemies.

In the Middle Ages, the bubonic plague was used for biological attacks. In the seventeenth and eighteenth centuries, the thoughtless Europe left tremendous damage to the indigenous populations of north and South America during the exploration and conquest of those nations. In the twentieth century, technological and microbiological advancements helped in the development of the first genuine biological agent. In the beginning of World War II, the Imperial Japanese Army used dire biological weapons on Chinese soldiers through airdropping of plague_ contaminated fleas that caused a dramatic, epidemic plague eruption. 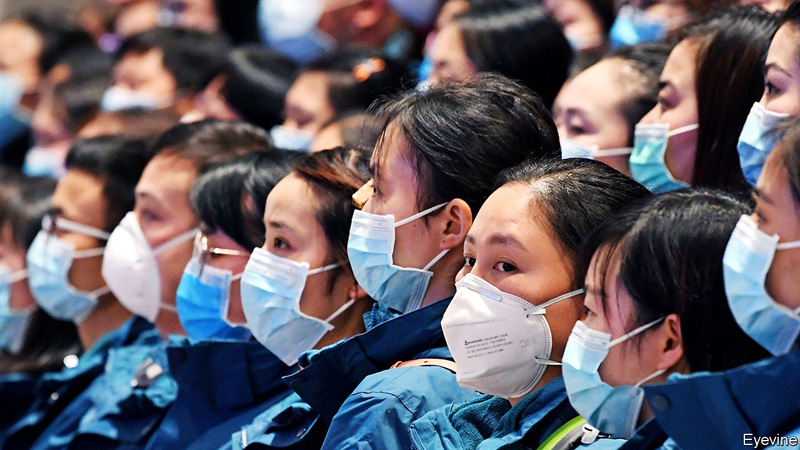 With the passage of time, when the development of biological weapons increased, Germany, Japan, USA, UK and Canada initiated a bioweapon development programme that resulted in the weaponisation of tuleremia, anthrax and botulism toxin. During World War II, the UK did a field test and left the Gruinard Island in Scotland contaminated with anthrax for the next half century.

According to the Biological War Convention 1972, which was signed and ratified by 170 countries in April 2013, development, production and stockpiling of a biological weapon was entirely stopped. Since then various countries have a covert defensive biological weapon research. Biological weapon attacks are more dangerous than chemical or nuclear attacks because biological attacks are difficult to stop and even impossible to control. If COVID-19 is biological warfare, it will have a devastating result. It has put the global village in a drastic lockdown and hapless turmoil.

COVID-19 has resulted in a number of causalities and has caused a severe disruption to economic and societal infrastructure of the world. One major lesson the world has learned from COVID-19 is to invest more in scientific research and the significance of equipped research centres.

China and Italy are the two most affected parts of the world. China has achieved considerable success in fighting COVID-19 and has currently extended her services and efforts to disparate parts of the world. The world has to acknowledge that China has emerged as an experienced and a stalwart nation in combating the current global catastrophe.

Leaders are considered as role models. I still remember the days of university and inspiration attained through books from Winston Churchill and Nelson Mandela. Unfortunately, at this significant moment, we have Donald Trump who has shown extreme racism calling COVID-19 the “Chinese virus”. I don’t think that viruses have nationalities, cultures or borders, rather than calling it the Chinese virus and isolate China, the world should consider the astounding actions China has taken to defeat this invisible adversary.

Developed countries and facilities provided by their states are sufficient for their people to survive. The conservative government in the UK backed and guaranteed loans to support businesses, making available an initial £330-billion guarantees, equivalent to 15 percent of the GDP. The Boris government announced £30 billions of additional support for public services, individuals and businesses experiencing financial difficulties because of COVID-19. The government will take new legal powers in the COVID-19 Bill, enabling it to offer whatever further financial support it thinks necessary to support businesses.

In contrast, New Zealand made available $5.1 billion in wage subsidies for affected businesses in all sectors and regions , $126 million in COVID-19 leave and self-isolation support, $2.8 billion income support package for most vulnerable, including a permanent $25 per week benefit increase, and a doubling of the Winter Energy Payment for 2020, $100 million redeployment package, and $2.8 billion in business tax changes

It is a very difficult time for the third world countries, such as Pakistan, Bangladesh, Sri Lanka, and India, the countries with limited health care facilities, and less than average available budget. They are not welfare states and have a massive population.

I utterly believe that rich people in society should help the needy and vulnerable at these difficult times. As history is bearing the truth, the Islamic social security system was introduced by Caliph Umar (RA) and was adopted by the west. Caliph Umar (RA) stated, “If a dog dies with hunger the ruler of the state is responsible.” Establishing and carrying the same high spirit, the rulers of the day must provide all sorts of facilities for the needy and poor members of society. If it happens, it means that we are capable to regain the glorious period that we have lost for centuries.

The ruler of Pakistan should immediately support the daily wage earner, arrange the best possible health care facilities, and increase free food centres. All mega cities should be locked down. Borders should have high scrutiny. Opposition parties should leave the blame game and help the government in this difficult time. An efficient screening system should be in place. Media should act with more responsibility.

With full consciousness, today I can say that all the previous rulers of Pakistan failed to establish a reasonable health care system for their next generations. My question: why?

In the end, my heart goes to Iranians who are facing sanctions at this difficult moment and are begging the cruel world for medical assistance.

The writer is from UK based legal fraternity