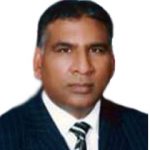 Elections are over and Imran Khan’s Pakistan Tehreek-e-Insaf (PTI) has finally won. Pakistan — and the world — is watching to see if Khan can deliver on his promises of reform. The shift from the Pakistan Muslim League — Nawaz (PML-N) is a step in the right direction as their years in power have been […] 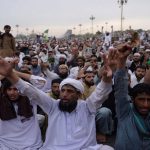 The recent Paigham-e-Pakistan fatwa is being considered a historic step and some are even calling it the second most important document after the constitution of Pakistan. The Fatwa was signed by 1829 leaders and has been prepared with the support of major state institutions, leading madaris and religious organisations across Pakistan that reject terrorism, extremism, […] 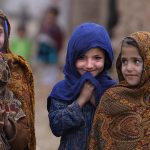 The recent rape and murder of 7-year-old Zainab Ansari in Kasur, has resulted in anger and grief throughout Pakistan. The girl reportedly went missing on January 4 when she left home but never returned. Her body was found on a rubbish pile five days after her disappearance. The initial post-mortem examination report confirmed she had […] 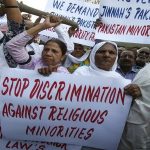 Pakistan being placed on the US’s watch list for “severe violations of religious freedom” but this has been rejected by Pakistan as “politically motivated and not based on the objective criteria”. Unfortunately, the move is right but the timing is wrong as it has come after US president Donald Trump’s tweet and following a war […] 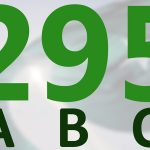 Over the decades, successive civilian leaderships here in Pakistan have demonstrated sheer indifference when it comes to reforming the country’s draconian blasphemy laws. Thus these, over time, have gone from being a source of despair for a majority of the citizenry to representing deadly legislation. This makes all the more welcome the recent ruling by […] 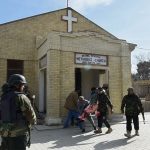 One day after the third anniversary of the Army Public School (APS) Peshawar massacres, Christians became the latest target of terrorists. It was a Sunday morning when terrorists targeted the Bethel Memorial Methodist Church, Zargoon Road Quetta, where about 400 Christians were gathered together for the nativity service. This is a special service held during […]

Recently, the US Commission on International Religious Freedom (USCIRF) published its report on blasphemy laws in 71 countries and punishments ranging from imprisonment, lashings or a death sentence. The commission has called for the repeal of the blasphemy law, stating that it invites abuse and fails to protect freedoms of religion and expression. Iran […]

We are celebrating Pakistan’s 70th Independence Day. We have travelled a long way but, in all these years, among many other things we have not been able to decide whether Quaid-e-Azam wanted Pakistan to be an Islamic or a secular state. Proponents of both sides have valid arguments, but we have failed to reach a […]

Not long ago, we heard Prime Minister Nawaz Sharif’s speech at the inauguration of a water filtration plant at Katas Raj temple complex. He stated that the day is not far when Pakistan will be recognised as a “minorities-friendly country”, and that people of all religions should have equal rights in Pakistan. Mr Sharif made […]

The recent statement of Senator Farhatullah Baber and revelation about a quarter-century-old report on the blasphemy law has reignited the dimming hope that a purposely debate about its amendment could be held. Despite acknowledging its growing misuse by all sections of our society, including religious scholars, politicians, government, judiciary and civil society, our leadership has […]