Some critics dismiss it as an effort to appease the US, which has recently placed Pakistan on a special watch list for severe violations of religious freedom. But the Fatwa was signed long before that, in May 2017, after a yearlong process

The recent Paigham-e-Pakistan fatwa is being considered a historic step and some are even calling it the second most important document after the constitution of Pakistan.

The Fatwa was signed by 1829 leaders and has been prepared with the support of major state institutions, leading madaris and religious organisations across Pakistan that reject terrorism, extremism, sectarian hatred, and use of force to impose Shariah in the country.

The document declares Jihad (Islamic Holy War) as the prerogative of the State only, and brands suicide attacks ‘haram’ (forbidden) in light of the Holy Quran and Sunnah. Only the State of Pakistan has legitimate authority to take action against those who are conducting, facilitating, financing and promoting such heinous acts.

At the launch of the Fatwa, President Mamnoon Hussain regarded the Constitution as the essence of the Charter of Medina and the agreement between the Holy Prophet Muhammad (Peace be upon Him) and the Christian tribe of Najran.

“It is our foremost responsibility that we must hold this foundation (Constitution). It is the base which will provide us the strength to achieve a dignified place amongst the comity of nations and enable us to meet the challenges at national level,” he said.

Intrinsically, it is the responsibility of the state to ensure that such incidents are not repeated in the name of religion and the blasphemy law is not misused to settle personal vendettas

According to the document, declaration of Jihad by an individual or group shall be considered an act of rebellion against the State and sectarian hatred, armed sectarian conflict, and imposing one’s ideology on others by force stands in clear violation of the injunctions of Shariah and are a “disorder on earth”. This mirrors the teachings of the Holy Quran and Hadiths very often preached from the mosque pulpit.

Given that our society has been gripped by extremism, religious intolerance and terrorism for decades, this document is vitally important and may prove the panacea to our society’s ills that can finally establish peace.

I can see two prime objectives of this document — firstly, eliminating extremism in the country and secondly, promoting a softer image to the world.

Some critics dismiss it as an effort to appease the US, which has recently placed Pakistan on a special watch list for severe violations of religious freedom. But the Fatwa was signed long before that, in May 2017, after a yearlong process.

I am optimistic but it remains a fact that some of the signatories have contributed to Pakistan’s intolerant society and have proved themselves even more powerful than the government in the recent sit-in in Islamabad and the resignation of Minister of Law Zahid Hamid. 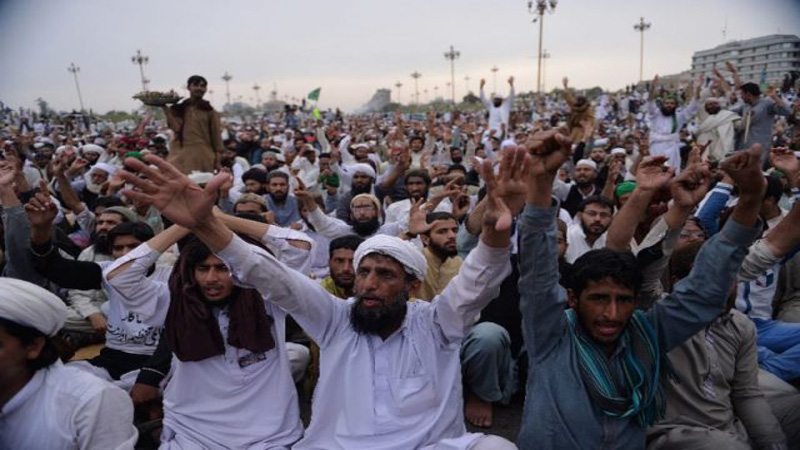 While the fatwa says that no individual can take the law into their hands on the pretext of blasphemy and only the state can ascertain if an act of blasphemy has occurred, the majority of these signatories are a major hindrance to reforming the blasphemy law and stopping its misuse.

Local activists and the international community have long called for reform and whenever the government dared to make changes to prevent abuse of the blasphemy law, many of these signatories threatened the government and it reacted by putting this matter on the backburner or backtracking from proposed changes.

Advocates for change were not even allowed to speak against the law. Those who refused to be silent were either threatened with death, like the late Parliamentarian Mr MP Bhandara and Senator Shery Rehman, or killed, like Salmaan Taseer and Shahbaz Bhatti.

I am not sure if this recent killing of the principal of Islamia College, Hafiz Sareer Ahmed, has shaken the government and the signatories, but it has once again attracted the world’s attention over the ongoing misuse of the blasphemy law in Pakistan.

The United Nations (UN), European Union (EU), Commonwealth, US department and even several countries have debated this issue but our own parliament is dismissive even though that is where this matter most needs to be discussed. The world seems more concerned than our own government about such violence and the killing of innocent people, and it is not going to be silent on this matter. But now, the signatories who once opposed changes and threatened such discussions are siding with the government and may not create any hindrance, so the government should take this opportunity.

The recent killing of Ahmed by his 12th grade student Faheem has once again stressed the need to stop misuse of the blasphemy law. The student not only confessed the crime but during the arrest allegedly proclaimed in his defence, “I have been taught to kill the blasphemer and don’t be afraid of disrespecting those who insult God. I myself, killed him and I confess it.” He fired six shots just because he was reprimanded by the principal for skipping a number of classes to attend the sit-in supporting the blasphemy law in Islamabad.

It is a dark day when someone kills another person in the name of religion and thinks he hasn’t committed any crime but has instead performed his religious duty and quotes the Holy Quran and the Hadiths to justify his crime.

This becomes even more serious when some of these signatories support such views, place garlands around his neck, shower rose petals on him, interrupt the justice process, and pressure is put on court judges to exonerate him.

Aren’t most of the signatories responsible for promoting this kind of ideology and the dangerous mindset of taking the law into their own hands, becoming a self-judge and deciding the fate of the accused there and then?

The national response to Mashal’s case, even within the National Assembly, has raised the hopes of many of us, but the recent killing of Hafiz Sareer Ahmed reminds us how far we have to go.

If the government really wants to make Paigham e Pakistan a reality and establish a just society, then the government institutions and the mosques will have to work together and hold further consultations with civil society. It needs to make sure that parliament adopts this document and ensures its implementation. The government needs to take all factions of society into confidence and remove hate material from textbooks in order to clear the mess created years ago in the name of religion. Otherwise, the fatwa will be just a piece of paper.