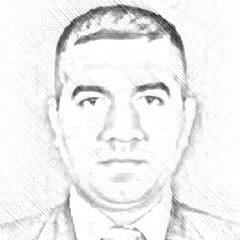 The government of the Philippines has asked for a clarification from India to explain the accidental launch of the BrahMos missile. Indians first claimed it as a “technical malfunction” and then suggested the reason as “human error.” From a network of pro-US states in East Asia, the Philippines signed a contract with India for purchasing […]

German Alternativfür Deutschland (Alternative for Germany) or AfD’s stance regarding minorities including Jews and Muslims is gaining traction. However, one argues that this increasing momentum is an effect rather being a cause. Interestingly, on one hand, it reflects the cyclic nature of history, as it was the British historian Arnold Toynbeewho advocated it. A century […]

Thirty-five years ago, on October 31, 1984, then prime minister of India Mrs Indira Gandhi was shot dead by her two bodyguards belonging to the minority Sikh religion. Lamenting the event, Mrs Gandhi’s son, Rajiv Gandhi, stated, “When a big tree falls the earth shakes.” In the subsequent days, the world witnessed a state-sponsored, highly […]

Why the systematic extermination of European Jews at the hands of Hitler’s war machine has remained a pivotal part of post-Second World War dominant academic literature? Why was it mandatory, even for school-going children, to watch extremely graphic motion pictures, such as Schindler’s List (1993)? If the annihilation of six million Jews can happen in […]

On September 6, 2019, India’s remarkable journey to the moon culminated in an apparent failure, and its moon-craft, Vikram, lost contact, and consequently, could not land on the surface of the moon. This benchmark in the history of Indian outer space operations readily attracted international and regional attention. More importantly, New Delhi’s neighbour Islamabad perceived […]

Tiananmen Square Protests of 1989 were a just and peaceful campaign orchestrated by the unarmed yet highly educated Chinese university students. Like any great power, China’s strategic history is ridden with wars, military operations and military operations other than war (MOOTW). Historically, the very creation of the People’s Republic of China was the result of […]

What Russian S-400 missile system is capable of? This question has been debated so much in US Military and North Atlantic Treaty Organization (NATO) that it has become a maxim — S-400 is dangerous for sure. The Russian S-400 Triumf (NATO reporting name SA-21 Growler) is an anti-air missile system. Due to S-400’s gigantic outlook […]

What were the intervening variables which drove the United States to transfer a large chunk of its military forces from the Middle East to Asia Pacific? Why the Asia-Pacific region is increasingly becoming a military hotspot? And above all, why the shadow of a balancing coalition is looming over the region — against China? Since […]

On September 15, 1916, during the Great War a giant iron moving fortress appeared on the fields of Somme (France) – people called it tank. The British Mark-I was among the very first tanks to appear on the battlefield and brought an ‘evolutionary’ revolution in military affairs (RMAs). The history of tanks can be traced […]

What is Gerasimov Doctrine and how has it affected and is still shaping Russian Military thinking? What are the geopolitical, geographic and geostrategic ramifications of Gerasimov Doctrine? What is going to be the future of this doctrine while keeping in view the rapidly transforming world order? It is conceivable that states formulate policies flanked by […]