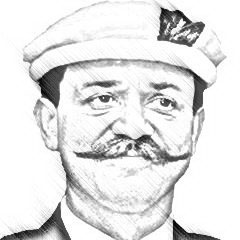 It was the Balfour Declaration of November 2, 1917, where Britain publicly pledged to establish a national home for Jews in Palestine after the dissolution of the Ottoman Empire. Balfour Declaration was supported by Britain, France, Italy and the US. As a result, a large-scale migration of Jews into Palestine took place. This was the […]

False Flag Operation is a covert operation carried out by the state and designed to deceive people in such a way that it appears as if it was carried by other entities or to shift the responsibility on to some other group/party. It was on August 31, 1939, when several Nazi operatives, dressed as Polish […]

The Rashtriya Swayamsevak Sangh (RSS) was founded in 1925 by Keshav Baliram Hedgewar in Nagpur, India. The basic aim behind creating this radical party was to propagate the cause of Hindu Rashtra (a Hindu state). Hedgewar was not happy about the one thousand year’s long rule of Muslims, followed by Christians (British). V.D Savarkar, who […]

On 23 March 1940 during the annual session of the All India Muslim League under the leadership of Quaid-e-Azam decided to demand a separate homeland for Muslims. According to India’s independence act 1947 under which the British gave independence to the dominion of Pakistan which comprised West Pakistan (present day Pakistan) and East Pakistan (now […]

According to Rashtriya Swayamsevak Sangh (RSS), the parent organisation of Bharatiya Janta Party (BJP), all that is south of Himalayas and north of Indian Ocean is “Bharat.” The BJP general-secretary and member of the national executive of RSS, Ram Madhav, said in an interview to Al-Jazeera that they would like to see Pakistan and Bangladesh […]

Arab traders brought Islam to the west coast of India and according to Khushwant Singh at that time Hindus gave their daughters in marriage to Arabs. The first one to enter sub-continent was when Muhammad Bin Qasim entered Sind in AD 712. In AD 1000 Mahmood Ghaznavi came upto Delhi and beyond in series of […]

According to the teaching of Islam an Islamic state is one where all citizen of the state enjoy equal rights and religion does not become the basis of discrimination. The Quran says there is no compulsion in religion. It commands the Prophet (PBUH) to tell non-believers “Unto you your religion and unto me my religion”. […]

Sikhs in India constitute two percent of total population. They are followers of ten gurus and worships a holy scripture, the Granth Sahib, and also regarded as last guru. Sikhism was founded by Guru Nanak in 1499 who drew inspiration from both Islam and Hindu beliefs. However, Sikhs possess their own separate and authentic faith. […]

Yasin also known as Worshigum is a valley in the Hindukush mountains in district Ghizer. It was strategically important because of its passes like Darkot was a link from Yasin to Chitral to Wakhan through Baroghil pass. During the great game Yasin valley considered a possible route for Russian invasion through Pamirs and Hindukush into […]

On 2 July 1892 a delegations from Chilas came to Gilgit and met political agent. Even after this meeting and on their return, Chilasis had threatened to murder the Kashmiri news writer in Chilas and later expelled him from the country. In a response to a letter from political agent the Chilasis replied that they […]