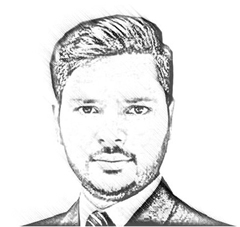 The writer is a news anchor

The threat of cyber attacks garnered a lot of publicity a few years ago. Hacks provide hostile actors with a powerful and convenient intelligence tool. Cyber attacks can be undertaken from the relative safety of an offshore platform without jeopardizing one’s own assets or risking being discovered and arrested. It also affords the perpetrators a […]

The relationship between the United States and perhaps its most important ally in the Middle East is undergoing a significant transformation. U.S. political pressure on Saudi Arabia is rising, led by a growing congressional discomfort over the Saudi-led intervention in Yemen and the circumstances surrounding the murder of journalist Jamal Khashoggi, but that is just […]

When 9/11 kicked off the global war on terrorism, the main focus of counterterrorism efforts was Al-Qaeda (AQ) linked groups operating in the Middle East and South Asia. Close to two decades later, the United States (US) and its allies are still involved in efforts to suppress AQ and its offspring in Iraq and Afghanistan, […]