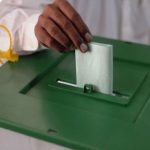 LAHORE: Election Commission of Pakistan (ECP) issuing polling scheme for Lahore city has declared total 5,398,622 voters eligible for deciding the political fate of the city in upcoming general elections. According to the polling scheme issued by the ECP, total 3,012,260 male and 2,386,362 female voters will cast their two votes for one seat of […] 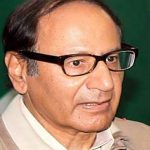 LAHORE: Pakistan Muslim League-Quaid President and former prime minister Chaudhry Shujaat Hussain has expressed grave concerns over the statement of Election Commission of Pakistan (ECP) secretary which he has given during briefing to the Senate Standing Committee on Interior that international forces want to sabotage 2018 election and he is ready to give in a […] 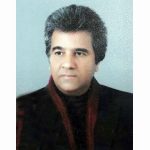 Politics of Pakistan Muslim League-Nawaz (PMLN) has been twisted more as former provincial minister and Pakistan Tourism Development Corporation Chairman Chaudhry Ghafoor Miyo announced separation from the party on differences with the Sharifs. Addressing a big press conference along with dozens of followers at the Lahore Press Club on Sunday, PTDC Chairman Chaudhry Ghafoor Miyo […] 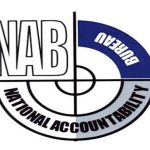 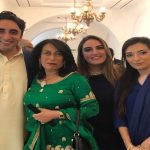 LAHORE: Pakistan Peoples Party (PPP) Chairman Bilawal Bhutto Zardari returned to Pakistan on Monday after celebrating Eid in London along with sisters Bakhtawar and Asifa, and aunt Sanam Bhutto. He has also shared his smiling group photos on his personal twitter account with friends and followers. During his stay in London with family, Bilawal Bhutto […] 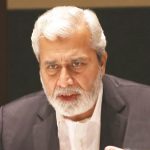 LAHORE: Another key candidate of Nawaz League from Lahore, Khawaja Hassan, on Monday found himself in hot-waters as the National Accountability Bureau (NAB) has summoned him in Saaf Pani Company scam. Khawaja Hassan is one of the closest aides of ex-CM Shehbaz Sharif and is going to contest upcoming general elections for national assembly’s constituency […] 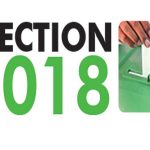 LAHORE: The Pakistan People’s Party (PPP) has written a a letter to the Election Commission of Pakistan (ECP), demanding replacement of Punjab Governor Rafiq Rajwana an all assistant returning officers (AROs) for “ensuring free, fair and transparent polls” scheduled for July 25, which would mark the second ever democratic transfer of power in the country. […] 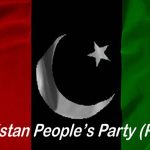 LAHORE: The Pakistan People’s Party (PPP) has awarded party tickets to its 38 candidates for 44 seats of national and Punjab assemblies from Lahore. Candidates for remaining six seats, including one of the National Assembly, would be finalised after Eid holidays, well-placed sources in PPP confirmed to Daily Times on Friday. As per the decision […] 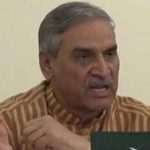 LAHORE: In a letter to the Election Commission of Pakistan (ECP), Pakistan Peoples Party (PPP) on Friday demanded to replace Punjab Governor and all the Assistant Returning Officers (AROs) for ensuring free, fair and transparent polls. The letter was written and dispatched to the ECP by the PPP Central Punjab chapter General Secretary Manzoor Ahmad on the […] 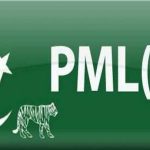 LAHORE: Feeling left out, some of the Pakistan Muslim League-Nawaz (PML-N) women activists Tuesday staged a protest in front of a party office in Lahore and levelled allegations of nepotism on the party’s leadership after the PML-N submitted list of female candidates for reserved seats in Punjab to the Election Commission of Pakistan on Monday. […]