The fourth and final stage in Jinnah’s long political career was as the all-powerful Governor-General of Pakistan. Against all efforts of Gandhi, Nehru, Maulana Azad and Sardar Patel to prevent the partition of India, he had succeeded in creating a Muslim-majority Pakistan in the north-western and north-eastern zones of India. It had entailed agreeing to […]

The year 1945 began with Mohammad Ali Jinnah determined to convince the British and the Congress Party that he and the Muslim League would not accept any resolution to the British Indian constitutional crisis, except the creation of Pakistan. He made it absolutely and categorically clear that he was not interested in even a loose […]

Some readers have wondered where to find the book where my findings on Jinnah’s political career can be found. It is published under the same title as that of the present series of articles. The book was published in India by Penguin Viking, Gurgaon, 2020; and in Pakistan by Vanguard Books, Lahore, 2021. Jinnah’s third […]

Having left the Congress in 1920, Jinnah formally repudiated the Lucknow Pact in 1924 at the Lahore session of the Muslim League. He could now try to become the supreme leader of the Muslims, but the competition was stiff. The second stage in Jinnah’s life can be described as a Muslim communitarian. A communitarian is […]

The first phase in Muhammad Ali Jinnah’s political life was as an avowed Indian nationalist. He returned from England in 1896 and established a legal practice in Bombay. Hard work and impressive cross-examination skills helped him establish a growing practice. In 1905, he emerged as an outspoken Indian nationalist who believed in the unity of […]

I started writing op-eds and book reviews for the Daily Times in May 2002 and till about 2015 I was regularly contributing my pieces to it. Then I started researching my book on Jinnah which has now been published. The opportunity to resume my publications in the Daily Times, I would like to convert into […]

One of the most intriguing puzzles of the Indian freedom movement, against British colonial rule, has been the (almost) universal acclaim of Mahatma Gandhi as one of the finest men, who healed wounds, which were being inflicted on a bleeding humanity, with his deeply ethical strategy of Non-violence, and Satyagraha (truth-force). While, such strategies put […]

In India the rise of Hindu nationalism is indicative of a more circuitous path cultural relativism has assumed to challenge human rights theory’s claims that human rights are intrinsic to human beings, and, are therefore prior to culture and thus inalienable. The future of human rights and the overall question of democracy and secularism in […] 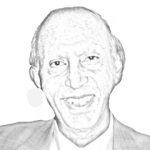 Author: Yogesh Snehi This is a timely and important contribution of historian Yogesh Snehi who teaches at the School of Liberal Studies, Ambedkar University Delhi. Synthesis and syncretism predate the advent of Islam and the Sufis in the Indian subcontinent. This is a very distinctive if not unique feature of the plural cultural and civilization […]

The long-drawn Indian election is finally over. The world’s biggest democratic electoral process has returned a clear verdict: the Indian voters want Narendra Modi and his BJP to continue ruling for the next five years. 303 seats out of a total of 543 in the lower house of the Indian Parliament, the Lok Sabha, means […]