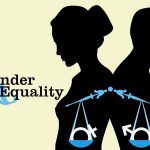 Gender discrimination acts as slow poison for society. It is increasingly recognised that countries cannot reach their full potential as long as women’s potential to fully participate in their society is denied. Women’s participation has become a key factor for success of all developmental programmes. In the third world countries, the concept of development has […]

In every society, people as male and as female are expected to make an exclusive role performance. This role internalisation is done through a process of gender socialisation. Irrespective of gender, people have equal access to resources and services necessary to achieve their individual potential and fulfil their obligations to their household, community, and more […]

Modi Raj-2 dawned on May 30 with the oath taking of the prime minister. There has been no change in policy perceptions towards China. Policy planners in New Delhi have long been habituated to view South Asia as India’s backyard. That position has been put to test by China’s growing footprint in South Asian countries. […]

Globalisation poses two challenges for India’s foreign policy. The first is how it can be best conducted to help the country list itself with the outside world, with the world economy, and with major powers. It has created challenges as well as opportunities. A challenge of foreign policy is to take maximum advantage of these […]

The modern Afghanistan emerged during the 19th century as a buffer state between the Russian and the British empire. From the beginning it was a theatre for battles between them. It has witnessed incessant coups and counter-coups, civil strife and invasions. Since early 1970s it has remained a conflict zone. Decades of conflict have shattered […]

At independence Pakistan had five major ethnic groups-Bengalis, Punjabis, Sindhis, Pathans and Baluchis; since independence, one ethnic group (Punjabis) has dominated the rest. This was possible perhaps for two reasons. The Punjabis had been the backbone of the British Indian army, and became so also of the Pakistan army. The political leadership’s concern with Pakistan’s […]

In the last decade and thereafter Pakistan’s nuclear programme has received a further boost since Jul y 2005 when the US and Indian governments unveiled their nuclear cooperation agreement. A basic feature of this agreement is that by acquiring uranium from foreign sources and by placing a set of nuclear facilities on the military list […]

Even the recent general election of Bangladesh held on 30 December 2018 witnessed violent on large scale and resulted in the landslide victory for the Awami League led by Sheikh Hasina, who won 257 seats out of 300 in the Jatiya Sangsad. Kamal Hossain, the leader of Gano Forum party , rejected the results and […]