Gender equality: a paradigm shift in concepts and status

Gender discrimination acts as slow poison for society. It is increasingly recognised that countries cannot reach their full potential as long as women’s potential to fully participate in their society is denied. Women’s participation has become a key factor for success of all developmental programmes.

In the third world countries, the concept of development has come to a close with government programmes to be managed by government with or without involvement of community. Institutions like panchayats have been associated and involved in execution of these plans. The social structure and cultural values determine consciousness. Raising of consciousness shall help in greater participation in women empowerment programmes. The term ‘women empowerment’ has come to connote the processes by which efforts of women are united with those of governmental authorities to improve the economic, social and cultural conditions of women, and to integrate women into the life of the nation and to enable them to fully contribute fully to national progress.

After de-colonialisation during the 1950s and 1960s, only the role of women as home makers, bearers and rearers of children and housewives was perceived by development organisations. That was reflected in the inclusion of family planning, population, mother and child care policies in development planning in several developing countries. The initial development plans and their implementation were based on the separation of the public and the private spaces. The public space was designed on the model of the worker without any caring responsibilities; it was the sphere of the breadwinner, who was obviously the male. It placed women in the private space, which gave her a care giving and domestic role. 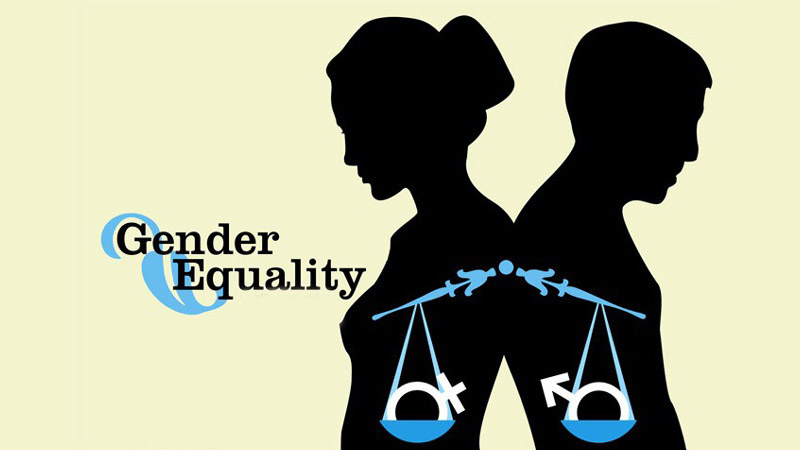 The concept of development in a broader sense is related to improvement in quality of life, based on equality and social justice through such programme and activities that consequently could alter the structure and culture, and create self-generating continuous processes.

Very soon, women activists who took active part in freedom movements of the newly independent states took keen interest in raising development questions in the UN, and challenged the legalistic perspective of the Commission on the Status of Women (CSW). The changing dimension of development and an international movement for development of women have created a policy perspective for gender equality, which recognises needs of both women and men and, most importantly, their healthy interactions. Against this backdrop, many scholars are of the view that gender equality and social justice are an urgent need, and not merely because of the fact that it is the ‘issue’ of the day. Rather, “the emancipation of women is an integral part of social progress, not just a women’s issue.”

By early1970s perhaps, having being influenced by a new concept, a new approach ‘Women in Development’ (WID) was coined. It was based on the philosophy that women were lagging behind in society, and the gap between men and women could be bridged by remedial measures within the existing structure. In 1975, the First World Conference on Women, held in Mexico, brought about the issue in the forefront. As a result, the United Nations declared, in the mid-1970s, 1978-1985 the ‘United Nations Decade for Women’. The introduction of its first guidelines on WID was in 1977.

In 1986, the WID issue became one of the four priority issues of the UNDP, and the Division of Women in Development (DWID) was created the following year, 1987. In 1992, the DWID was renamed as the ‘Gender in Development Programme’ (GIDP). In the 1990s, the UNDP’s new development discourse and its focus on ‘equity’ and ’empowerment’ created a new dimension in terms of women’s development approach.

Gradually, the world opinion and institutions also responded in favour of gender equality. ln the late 1980s, the concept of WID was shifted to Gender and Development Approach (GAD). InGAD, there are two policy approaches: the Practical Gender Needs (PGN) and the Strategic Gender Needs (SGN). PGN relates to women’s daily needs in caring for themselves and their children, whereas SGNrelate to the task of changing gender relations and challenging women’s subordinate position. GAD focuses on the interconnection of gender, class and race and the social construction of their defining characteristics. It recognises the differential impact of development policies and practices on women and men, and sees women as agents, not simply as a recipient of development.

Within this context, meaning and perspective, the UNDP in the decade of 1990, introduced the agenda for fruitfully incorporating various development approaches. Its new development discourse and focus on equity and empowerment created a fresh dimension in terms of women’s development approach. The earlier paper prepared by the GIDP, named ‘Gender and Sustainable Human Development: Policy Perspectives’ (1995), now ‘gender equality and equity’ is put forward as the essence of the programme and the operation of the UNDP. The contents of the paper justifiy women in terms of goals of equality and empowerment. Women’s empowerment is central to human development. Human development, as a process of enlarging people’s choices, cannot occur when the choices of half of humanity are restricted.

The position as it is today, women are getting to the top more than ever before. Their knowledge and insights are being given significance, and misconceptions about women are being dispelled. There is still a need for development for women as a specific category and their full integration in the total development process. In this context it is rightly said, “If we do not empower women, there will be no peace and no way out of poverty.” That is because women have more potentiality than men, and they can play the role of silent developer in a family. And that is because a woman gives first priority to her children; her second priority is the household. A man has different priorities; he does not give family the top position. Thus women, at large, hold a key position in the all-round development of a nation, both developed and developing.

It is time to rethink, regroup and move forward on the issue of gender equality. An essential step forward has been made in general discussion of the role of women in society. Mechanisms for change such as women’s forums, citizens’ forums and issue-specific organisations and other supportive groups should mobilise, establish goals and develop a plan of action. It is evident that gender development policies are formulated without understanding the ground realities of situations faced by women. It is not enough to just have the right laws; a change in values is necessary for proper implementation of justice to women, away from patriarchal biases. It would be a significant contribution to women empowerment and justice in all societies if gender gaps are addressed, and gender equality with sustainable human development is given the due importance.