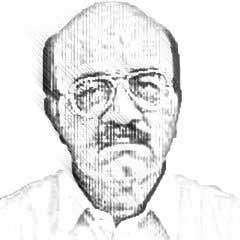 How much Mohtarma Benazir Bhutto was driven by a sense of destiny and how much was she the product of the peculiar circumstances of her life is a question for historians to answer. But if any a conclusion can be drawn from the story of her life is that she managed to hang on to […]

India’s Parliament has passed a bill that would give Indian citizenship to immigrants from three neighboring countries, but not if they are Muslim. The controversial Citizenship Amendment Act (CAA) will fast-track citizenship for religious minorities, including Hindus, Sikhs, Buddhists, Jains, Parsis, and Christians, from Afghanistan, Bangladesh, and Pakistan. Opposition parties say the bill is unconstitutional […]

The Pakistan People’s Party was launched at its founding convention, held in Lahore on November 30, 1967. In the same meeting, it elected Zulfikar Ali Bhutto as its chairman. This year, the party celebrated its birthday at Muzaffarabad, Azad Kashmir. Commonly referred to as the PPP, it is a left-wing socialist–a progressive political party in […]

Chandka Medical College 6th Batch (1978 -1984) has been arranging a gathering every year since last 2016. The Sukkur Chapter accepted to host the third reunion on November 16 and November 17, 2019. The organizers had arranged a visit to Sadhu Belo, which can never to be forgotten. Sadh Belo is an island in the […]

Diabetes is a chronic disease that occurs when the pancreas is no longer able to make insulin, or when the body cannot make good use of the insulin it produces. Insulin is a hormone made by the pancreas, that acts like a key to let glucose from the food we eat pass from the bloodstream […]

On a quest to improve livelihood in rural Pakistan to the perfect village initiative, UNICEF Team came across Tando Soomro, a model village in District Tando Allahyar; situated at a distance of 50 km from the city of Hyderabad in the Sindh province. In Tando Soomro, the villagers together formulate a committee by electing leaders […]

The Pakistan Medical and Dental Council (PMDC) was a Statutory regulatory authority that maintains the official register of medical and dental practitioners in Pakistan. Its main function is to establish a uniform minimum standard of basic and higher qualifications in medicine and dentistry throughout the country by controlling entry to the council’s register and suspending […]

The Karsaz bombing attack occurred on 18 October 2007 in Karachi, Pakistan, it was an attack on a motorcade carrying former Prime Minister Mohtarma Benazir Bhutto. The bombing occurred two months before she was assassinated. The bombing resulted in at least 180 deaths and 500 injuries. Most of the dead were members of the Pakistan […]

Zulfiqar Ali Bhutto, who declared a thousand-year war against India during his speech to the United Nations Security Council in 1965. We will wage a war for a thousand years, a war of defense. A year after Zulfiqar Ali Bhutto left Ayub Khan’s government, he wrote his book, The myth of Independence. The dispute over […]

The Jehangir Institute of Psychiatry is a hospital located in Latifabad, a suburb of the city of Hyderabad in Sindh. Sir Cowasjee Jehangir (1812-1878), civil engineer and master constructor of Bombay, was asked in 1847 by the British government to execute certain irrigation projects in Sindh. He completed his work in 1850, and before he […]