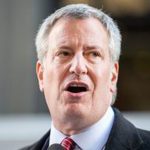 Just a week after his re-election, Mayor de Blasio has made clear he’ll continue to make “affordable” (i.e., subsidized) housing a signature issue. At a press conference in the Mount Eden section of The Bronx, the mayor announced the city was “preserving” the affordability of an apartment complex there — a step toward a promised […]

NOW that President Trump has unveiled his budget and put public broadcasters on notice that he plans to zero-out the Corporation for Public Broadcasting, alarm bells have gone off. The hashtag #JusticeForBigBird started trending, and the CPB (I currently sit on its board of directors) defended itself in a statement that read, in part: “The […]