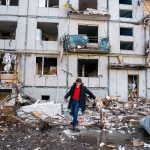 ISTANBUL: As many as 109 children killed in Ukraine due to Russian attacks, Ukrainian media reported on Friday. Another 130 children have been wounded, Ukraine’s state news agency Ukrinform reported citing the Prosecutor General’s Office. More than 439 educational institutions have been damaged, and 63 others destroyed completely, the report added. The Russia-Ukraine war, which […] 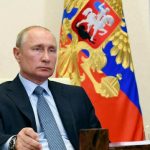 MOSCOW: Russian President Vladimir Putin called on neighboring countries to cooperate, as well as to normalize and develop relations. Speaking at the opening ceremony of the first Russian ferryboat line to connect the exclave of Kaliningrad with the rest of the country, Putin said Moscow harbors no ill will towards its neighbors and that its […] 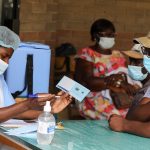 ADDIS ABABA: The COVID-19 infections in Africa have reached 10.4 million while the death toll stands at 235,507, according to the latest update by the Africa Centers for Disease Control and Prevention. The update stated that to date 9.3 million people have recovered from the infection on the continent of an estimated 1.37 billion people. […]