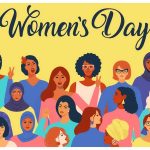 SYEDA NOSHINA BUKHARI — Syeda Noshina Bukhari, is currently leading the Operations and Digital Transformation department at FINCA Microfinance Bank Limited. She is an accomplished banker with 23 years of experience in both commercial and microfinance banks having expertise in the areas of trade finance, banking operations, service quality and consumer protection.   IMPORTANCE OF […]

LAHORE: “It is significant to bear in mind that ‘Islamisation’ policies implemented during the Zia regime (1977-88) gave birth to the madrassa and mullah culture in Pakistan,” Professor Dr Nukhbah Taj Langah said in an exclusive interview with the Daily Times on Saturday. Dr Langah, who is Pakistan Seraiki Party president, opined that this was […]

At the age of five, he sold candies at a counter in front of his home on Tariq Road in Karachi; at eight, he remembers, he sold flag-printed badges in August and earned a good profit. When he was 13, he founded his first company, ‘Pakistan Computers’ in Pakistan and by the age of 16, […]

Since the emergence of ISIS on world’s stage, it has occupied vast swathes of Iraq and Syria. The basic agenda behind the emergence of ISIS is the creation of a so-called Islamic Caliphate, which is not limited to boundaries of Syria, Iraq Jordan, Israel, Palestine and Levant but beyond these borders. According to an estimate, […]