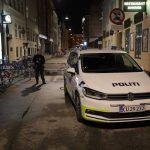 BRUSSELS: Five Danish far-right activists suspected of planning to provoke Muslims in Belgium by burning a Qur’an have been arrested and ordered out of the country, officials said Thursday. According to their group’s Facebook page, those arrested are members of “Stram Kurs” or “Hard Line” — a group led by Danish anti-Islam and anti-immigration militant […] 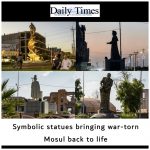 Multiple statues have been erected across the northern Iraqi city, Mosul, since the Islamic State group lost control of it three years ago. Local artists have worked hard to create these masterpieces that represent the city’s resilience and are helping residents shake off memories of brutal punishments meted out by IS in squares and roundabouts, […] 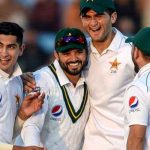 SOUTHAMPTON: Pakistan are grateful to rain which has stopped play after the openers – Shan Masood and Abid Ali – played just 18 overs to score 41 runs without being separated in the second innings after being enforced a follow-on by England in the third and final Test here at the Ageas Bowl on Monday. […] 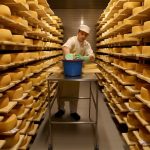 KOROLYOV: Elvira Kovtun made her first cheese in a pot in her kitchen four years ago. Kovtun, a housewife and mostly self-taught cheesemaker, became so good that she and her husband decided to turn her passion into a business. Hundreds of artisanal creameries have cropped up across Russia since President Vladimir Putin banned Western food imports […] 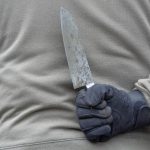 A Yemeni man stabbed three performers during a live play in the Saudi capital Monday, police said, in the first such attack since the ultra-conservative kingdom began easing decades-old restrictions on entertainment. The assailant was arrested after state television footage showed him stomping onto the stage in Riyadh’s King Abdullah Park during a musical performance […] 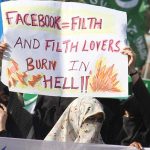 Prime Minister Sheikh Hasina called for calm after at least four people were killed when police fired on thousands of Bangladeshi Muslims protesting Facebook messages that allegedly defamed the Prophet Mohammed. Mob attacks over online posts perceived to be blasphemous have emerged as a major headache for security forces in Bangladesh, where Muslims make up […] 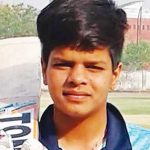 India’s 15-year-old women’s cricket sensation Shafali Verma had to get her hair cut like a boy so that she could get into the local academy to train, her father revealed. Now India’s cricket establishment is relying on Verma, who made her Twenty 20 debut for the national team against South Africa last month and will […] 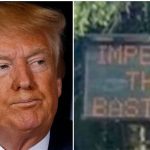 Someone in Seattle broke into the control box of a road sign and changed the message to one that doesn’t mention President Donald Trump by name, but certainly appears to invoke him. Instead of construction information, it displayed just three words: Hacked Seattle road sign says ‘Impeach the Bastard’ https://t.co/Gstsv1MmQ2 pic.twitter.com/At3JqkMQlt — #Q13FOX (@Q13FOX) September […] 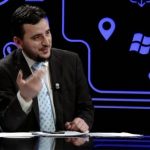 Kosovo: When not leading prayers in his village mosque in western Kosovo, imam Drilon Gashi was scribbling some unorthodox thoughts on social media like his belief in the theory of evolution. Eventually, the embrace of both Islam and Darwinism cost him his job. The 31-year-old was unceremoniously expelled from his post by top clergy last […] 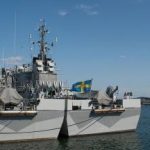 The Swedish Navy ‘s triumphant return to its Cold War-era fortress fits the country’s ongoing militarization pattern, characterized by budget hikes and the return of the draft, coupled with panic-inducing rhetoric. After 15 years of disuse, the Muskö naval base 70 kilometers south of Stockholm is once again part of Sweden’s armed forces, sources reported. A re-inauguration […]