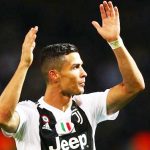 Juventus forward Cristiano Ronaldo was the last person to leave the pitch after his club defeated his ex-club Manchester United 1-0 at Old Trafford in UEFA Champions League on Wednesday. Despite losing a crucial group fixture against Juventus, the United fans were happy to see Ronaldo return ‘home’. As he was walking into the tunnel […] 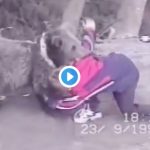 UFC Lightweight Champion Khabib Nurmagomedov was talk of the town on Sunday as he decimated Irish superstar Conor McGregor and stirred a brawl outside the octagon at UFC 229. The 30-year-old was praised for his dominant performance against one of the greatest fighters of all time, but was also criticised for his post-fight antics. Some, […] 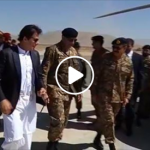 ﻿ Prime Minister Imran Khan and Army Chief General Qamar Jawed Bajwa reached Quetta on Saturday to review the security situation of the province. Chief of Army Staff General Qamar Javed Bajwa received the Prime Minister at Quetta Air Base. A detailed briefing on the security situation of the province, challenges and response were given […] 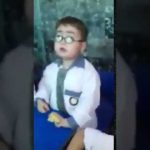 A video of an adorable kid talking to his teacher recently went viral all over social media. In this video, he can be seen arguing with his teacher about his bag. This is probably the best thing you will see on the internet today. The way kid said, “Ye mera basta hai” has made people […] 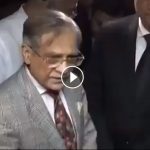 Chief Justice of Pakistan Justice Saqib Nisar lambasted administration of a private hospital for over-charging families of patients for medical services. In a video that has gone viral on the social media, Justice Nisar can be seen slamming owner of a private hospital. “Why are you charging over Rs0.2 million for stent implants when we […] 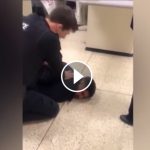 A couple in Rochdale, Manchester were wrestled to the ground by police after the two argued with the staff over the amount of water bottles they could buy at a Tesco store. In a video that has gone viral on social media, Nasir Hussain and Mahira Hussain could be seen being grappled by the police. […] 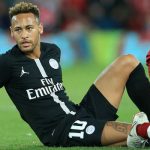 You might see two different teams locking horns on the field. They might have different home colors and they might be separated by land but there is one thing which unites them and that is love. This is the beauty of football that it sees no boundaries and Neymar just proved it right when the […] 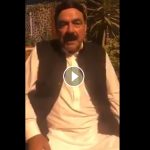 ISLAMABAD: Railways Minister Sheikh Rasheed slammed Indian army chief Bipin Rawat’s aggressive statements against Pakistan saying that those who look at the country with an ‘evil-eye’ will be dealt with an iron fist. “We need to take stern action to avenge the barbarism that terrorists and the Pakistan Army have been carrying out,” Indian army […] 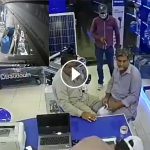 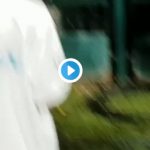 Shoaib Malik was the most-wanted man for all the good reasons on Friday as he pulled Pakistan out of trouble and guaranteed victory against Afghanistan in a crucial fixture. In moments like these, many stars might choose VIP treatment over casually walking towards the fans and greeting them, but not Shoaib Malik. He is not […]