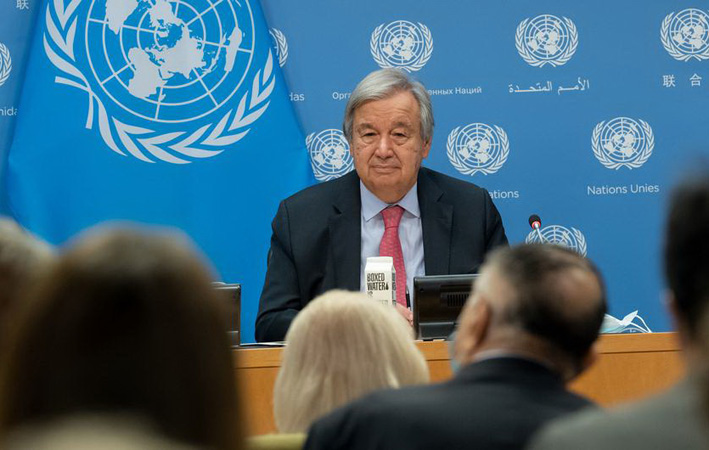 Pakistan needs a “massive inflow of financial resources” to help it cope with the devastation caused by the climate-induced floods, UN Secretary-General Antonio Guterres said, as he appealed to wealthy countries “not to lose one moment’ in coming to the aid of the country.

“What is happening in Pakistan demonstrates the sheer inadequacy of the global response to the climate crisis, and the betrayal and injustice at the heart of it,” he told at his annual pre-General Assembly press conference in response to a question from the APP correspondent.

The 193-member assembly’s high-level debate in which many world leaders, including Prime Minister Shehbaz Sharif, are scheduled to participate, will begin on September 20. The UN chief, who opened his remarks with his solidarity visit to Pakistan, said the scale of destruction was “unimaginable” that he had never seen. Guterres, who is from Portugal, noted that the flooding covers an area three times the size of his homeland. The UN, he said, was fully mobilized to support Pakistan.

“But”, the secretary-general said, “Pakistan needs a massive inflow of financial resources and my appeal to international financial institutions and to countries that have financial capacity is not to lose one moment in providing Pakistan with the financial resources that are necessary for the gigantic tasks that are front of us”. In typically uncompromising language, he lambasted the global response to the climate crisis as inadequate, unjust and, at its heart, a betrayal.

“Whether it’s Pakistan, the Horn of Africa, the Sahel, small islands or Least Developed Countries, the world’s most vulnerable – who did nothing to cause this crisis – are paying a horrific price for decades of intransigence by big emitters,” he added. Targeting the leaders of the world’s wealthiest nations, the UN chief reminded them that they are responsible for the vast majority of climate-related emissions and, even though they are also heavily impacted by record droughts, fires and floods, climate action in response, appears to be on life-support.

He wondered aloud if the reaction would be different if one third of G20 countries, rather than Pakistan, were currently underwater.

All countries need to cut emissions every year – with the G20, as the leading emitters, leading the way, Guterres said – until the global temperature rise is limited to 1.5 degrees above pre-industrial levels.

Returning to the example of Pakistan, Guterres insisted that the country, and other climate hotspots, need flood-resilient infrastructure now, arguing that at least half of all climate finance, must go to adaptation and climate resilience. That funding, he said, must come from the leading economies. “Lower the temperature – now,” he said. “Don’t flood the world today; don’t drown it tomorrow.”