No electricity bills for flood victims 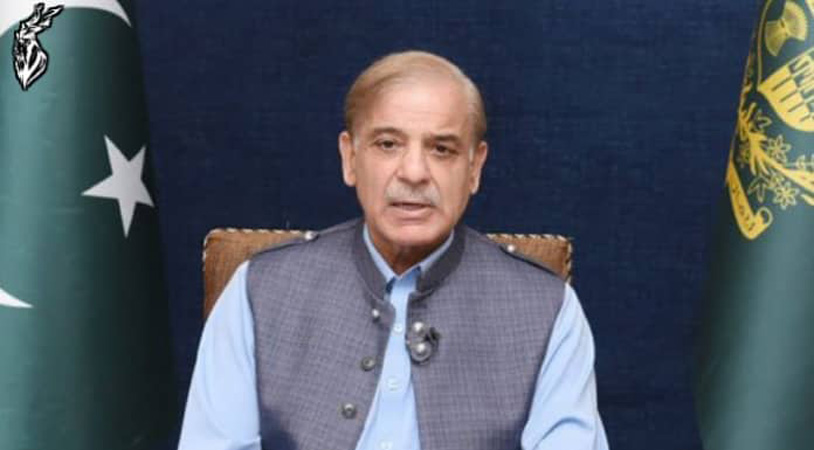 Prime Minister Shehbaz Sharif announced on Wednesday a two-month waiver of electricity charges for the consumers residing in flood-affected areas across the country. The prime minister also announced a two-month waiver of water utility charges. Addressing the flood-affected people during his visit to Balochistan’s Sohbatpur, he said the government would not charge the consumers in the flood-hit areas for the bills of August and September. PM Sharif arrived in the severely damaged city of Sohbatpur due to floods, reviewed the ongoing relief efforts and interacted with the locals to get their feedback. The prime minister said the waiver on water utility charges was aimed at facilitating the people heavily burdened by the challenges in the wake of the flood. He also announced the continuation of the government’s facility in September to waive off Fuel Adjustment Charges for electricity consumers across the country on usage up to 300 units. He said the facility would be extended beyond the flood-relief areas, benefitting around 210 million consumers in the country. Prime Minister Shehbaz Sharif on Wednesday directed immediate construction of a model school equipped with all necessary facilities for the students in Balochistan’s flood-hit Sohbatpur.

During his visit to a makeshift school set up at the relief camp for flood-affected people, the prime minister gave the instruction for the model school to prevent loss of education of students, whose schools had swept away by flash floods. PM Sharif stressed that the model school must include facilities including best teaching staff, ventilated classrooms, toilets and ensure provision of books, bags and uniforms to the students. During his interaction with the students, he encouraged them to keep their morale high during challenging times.The prime minister also had a photograph with the group of young schoolchildren. During his visit to the relief camp, the prime minister assured the flood-affected families at the relief camp that the government would provide them every possible facility during the difficult situation in the wake of floods.

He appreciated the doctors and medical practitioners for rendering their selfless services for the treatment of flood-affected patients.

Prime Minister Shehbaz Sharif on Wednesday urged the nation, particularly the influential and affluent classes to play their due role to change the nation’s fate through firm resolve and solid actions.

“Where does Pakistan stand today despite passage of 75 years? this is a pinching question… We are moving in a circle all the time… This is now or never,” the prime minister said addressing the Lawyers Convention here.

He said the nation wanted to know as why the Quaid’s dreams remained fulfilled as millions of the people were faced with poverty.

He said unfortunately, even the smaller nations as well as the neighboring countries had achieved immense progress leaving Pakistan behind. Referring to the massive destruction caused by the floods, the prime minister said hundreds of thousand of the flood-stricken people were about to brave the upcoming harsh cold winters and 0.6 million pregnant women were also compelled to stay at tents.