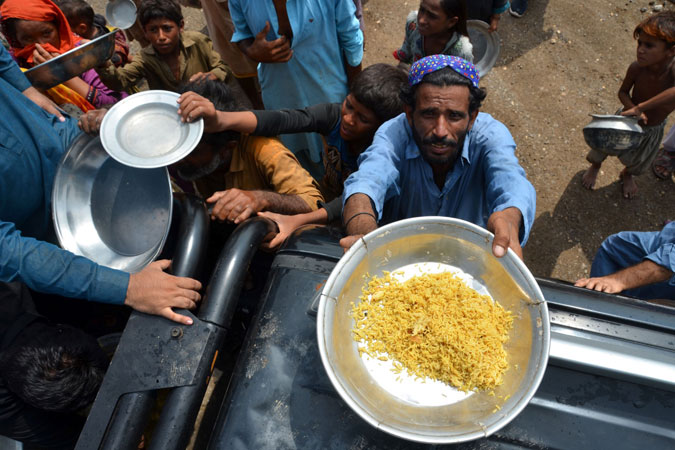 ISLAMABAD: Google on Monday launched an international appeal to collect relief funds for the flood victims of Pakistan.

The world’s largest search engine launched the appeal, asking its users across the globe to donate for the flood victims. People from all over the world can donate $15, $25 and $50 each.

The unprecedented rains and floods in Pakistan have caused large scale devastation in various parts of the country.

The Government of Pakistan has declared a state of emergency in view of huge losses of life, property, infrastructure, livestock and livelihoods.

33 million people have been affected by 1000 lives have lost. The entire Pakistani nation, civil society and humanitarian organizations have stepped forward to assist in the rescue and relief efforts.

The Government of Pakistan has also established a flood relief fund, namely, Prime Minister’s Flood Relief Fund, 2022, for providing relief and rehabilitation to the affectees of torrential rains and flash floods in many parts of the country.

The Fund accepts donations / contributions both from domestic and international sources.

The Fund is administered by the National Disaster Management Authority (NDMA) while the Accountant General Pakistan revenue will maintain accounts of the Fund.

The State Bank of Pakistan has opened “Prime Minister’s Flood Relief Fund Account, 2022” while all the commercial and microfinance banks have also opened the account of the Fund and are receiving donations/contributions in cash, through cheques, pay order and demand drafts, at all their branches across the country.

The Chinese enterprises in Pakistan also donated humanitarian aid of over 15.5 million Pakistani rupees (about 71,340 U.S. dollars) for the country’s flood victims in a ceremony held by the National Disaster Management Authority (NDMA) here.

Apart from that, Austria also announced a package of measures, which it said would cost six billion euros ($6.3 billion) this year, aimed at cushioning the blow to households of the rising cost of living.