The Weeknd ends concert early after losing his voice

* 'I can't give you the concert that I want to give you right now,' The Weeknd told the crowd, as seen in a video posted to Twitter by KNBC photographer Kenny Holmes 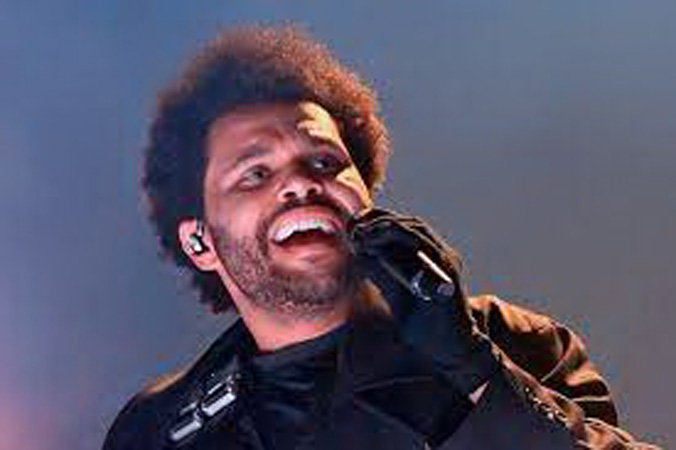 The Weeknd has been forced to take the rest of the weekend off. On Sept. 3, a day after performing a first, sold-out show in Los Angeles, the “Blinding Lights” singer abruptly ended his second concert at the city’s SoFi Stadium, announcing he had lost his voice.

“I can’t give you the concert that I want to give you right now,” The Weeknd told the crowd, as seen in a video posted to Twitter by KNBC photographer Kenny Holmes. “I’m gonna make sure everybody’s good. Get your money back.”

Later that night, The Weeknd took to Twitter to further explain the situation, and vowed to make it up to his fans.

“My voice went out during the first song and I am devastated,” he wrote. “Felt it go and my heart dropped. My deepest apologies to my fans here. I promise I’ll make it up to you with a new date.”

The Weeknd, 32, is currently on his After Hours Til Dawn tour. His next show is scheduled for Sep. 22 in Toronto, Canada.

The “Can’t Feel My Face” performer’s health situation comes five months after he headlined the 2022 Coachella Valley Music and Arts Festival in Indio, Calif. He shared the prestigious day 3 headlining spot with Swedish House Mafia after Kanye West dropped out of his performance for undisclosed reasons, just days before the festival was set to begin.

That same month, The Weeknd-whose real name is Abel Tesfaye-teased on Twitter that he might “pull a YE” and legally drop his last name to only go by ABEL, referring to Kanye’s October 2021 legal name change from Kanye Omari West to simply Ye.

“I feel like i should change my stage name to ABEL at this point lol,” he tweeted on April 3, “Maybe pull a YE and just legally change my name to ABEL. No last name. Like Madonna or Cher or Prince. I don’t know it seems like a lot.”